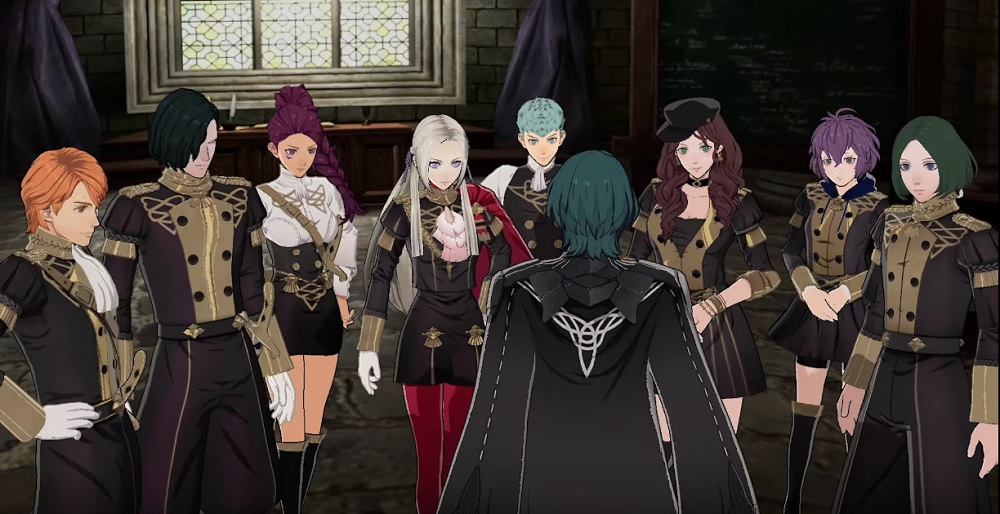 Would you get a load of the nerds?

We are less than a month out from the anime academia warfare of the latest release in the long-running Fire Emblem series. Fire Emblem: Three Houses will tell an epic tale of the divided loyalties of a university tutor (that’s you) forced to take sides when conflict breaks out between your faithful students.

A new trailer from publisher Nintendo introduces us to one of the houses of learning engaged in the battle. The Black Eagles represent the Adrestrian Empire, and are masters of magic, spells and illusion. Led by Edelgard, a talented young leader who apparently dislikes “losing control” – sounds ominous – The Black Eagles will be looking to you to guide them through the conflict shattering the setting of Fodlan.

Can you imagine if this was what school was like? If you actually wore those uniforms daily, stood in semi-circles and liked “Coffee and Irony”? It sure beats the city academy of Getting the Shit Kicked Out of Me that was my place of learning. They may be uppity, but The Black Eagles certainly look more than capable in battle. They could serve you well.