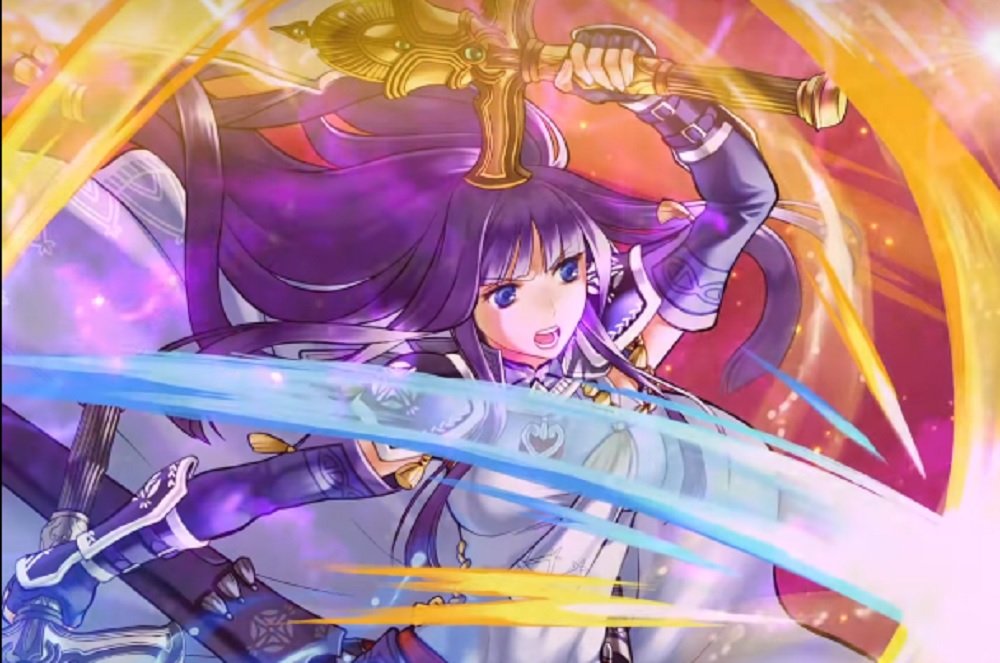 Nintendo has released a trailer for its mobile battle title Fire Emblem Heroes, spotlighting its next Mythic Hero headed to the roster as soon as tomorrow. Hailing from Fire Emblem: Radiant Dawn, it’s her royal highness Altina.

Altina made her debut in the 2007 Nintendo Wii entry of the RPG franchise as a priority NPC character. As one of the fabled “Three Heroes” and queen of Begnion, Altina is tasked with sealing away Yune, Goddess of Chaos. Alongside her compatriots Dheginsea and Soan, Altina undertook the epic adventure, ultimately succeeding in banishing the Dark God.

In battle, Atlina wields two swords of immense power: Ragnell and Alondite. The two weapons were adopted by Altina as treasures of her kingdom after the events of Radiant Dawn. Though the two swords seemingly dwarf the monarch, in battle she wields them with deft ability, making fast work of her opponents.