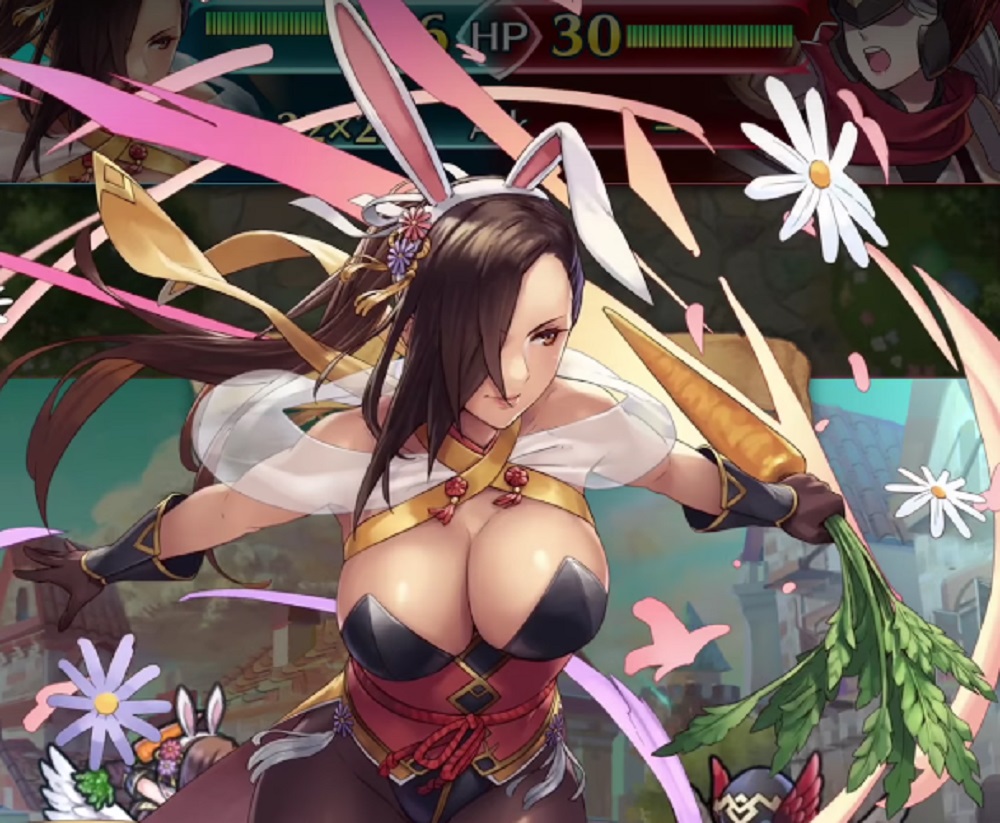 A new paralogue story is coming to mobile battler Fire Emblem Heroes. The additional chapter, Hares at the Fair is, in case you haven’t guessed, bunny-themed, to tie in with the Easter season.

Four Fire Emblem characters have also received makeovers in honour of the festivities, with Catria, Sharena, Alfonse and Kagero all receiving lop-ears and carrot paraphernalia. Unfortunately, none of them look as good as when Bugs Bunny used to put on a dress and pretend to be a girl to fool Elmer Fudd.

The trailer below gives you a glimpse of the new chapter, the seasonal character variants and their special powers, such as Alphonse’ giant egg-and-spoon attack. The Hares at the Fair event goes live on iOS and Android tomorrow, March 22.