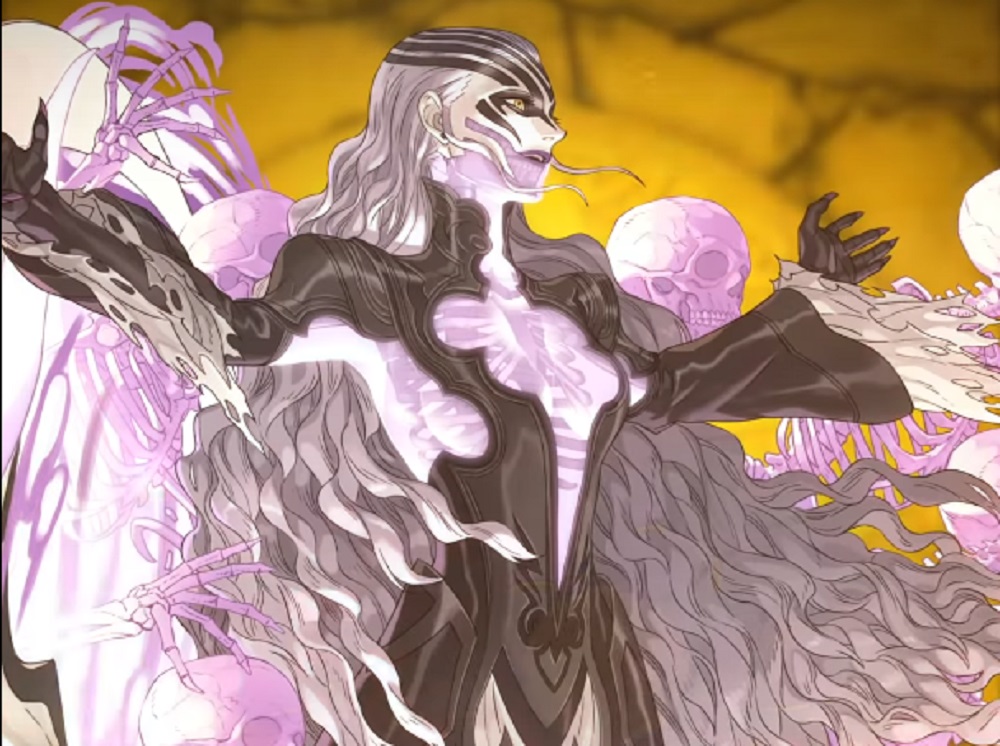 Tomorrow, Nintendo’s mobile battler Fire Emblem Heroes will get metal-as-fuck with the arrival of a brand new Legendary Hero. Hel: Death Sovereign will be added to the mix of heroes and villains, bringing with her a particularly morbid, end-of-days skill set.

Hel is the main antagonist of Fire Emblem Heroes Book III and her dark powers will now be in your hands. Ruler of The Land of The Dead, Hel is a terrifying apparition, equipped with a legion of departed souls, ’80s metal corpse paint, and an unnervingly gleeful disposition. Her power now available in the hands of the players should make for an interesting departure from FeH’s typical sword-and-sorcery combat.

As is always the case when a new Legendary Hero enters the fray, a selection of classic characters is returning to the mix for the duration of this Summoning Event. Keep an eye out for Fjorm, Ike, Tiki, Eir, Roy, Corrin, Thrasir, Altina, Fiora, Leila, and finally Three Houses superstar Edelgard. The Hel Summoning Event goes live in-game tonight at 00:00 PT and tomorrow at 03:00 ET / 09:00 BST.