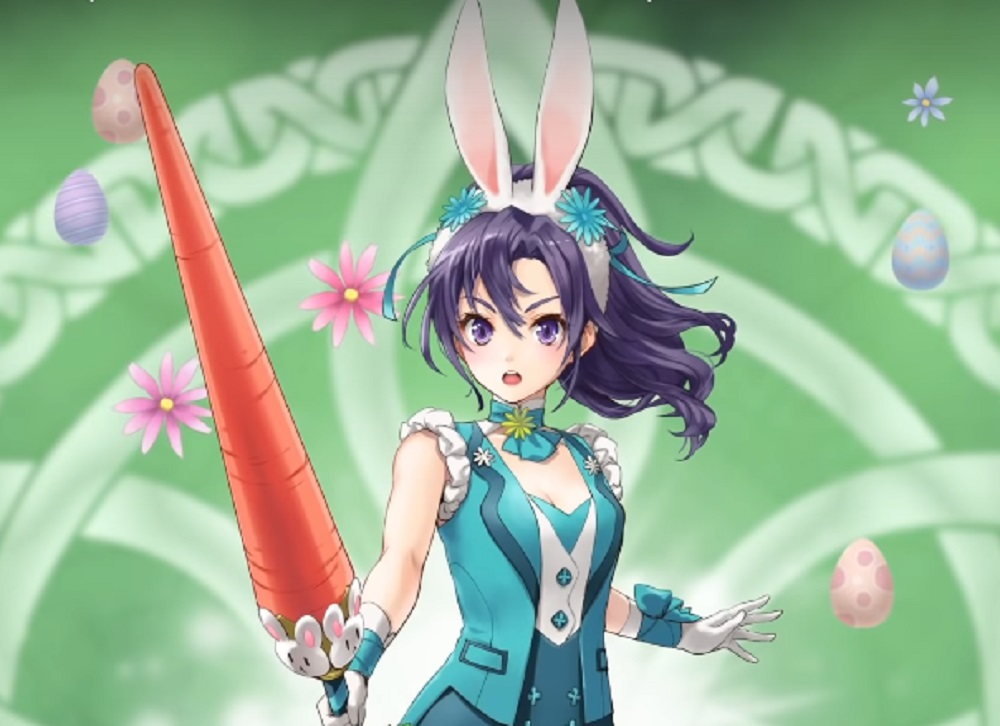 Spring has sprung, (or at least it will this weekend), and Nintendo’s mobile-battler Fire Emblem Heroes is already getting into the spirit, adding a warrenful of bunny-themed warriors to its ever-growing roster.

Joining in the March madness is The Binding Blade’s headstrong swordswoman Fir, boss character Narcian, the dragonkin duo of Idunn & Fae, and young Pegasus Sister Est, who has made an appearance in multiple Fire Emblem releases. All of these characters are sporting resplendent costumes, complete with bunny-ears and amusing, carrot-based weaponry.

As is to be expected, this cutesy quintet will arrive alongside a new paralogue chapter, titled Familial Festivities. As a bonus, all players logging in before April 10 will receive voting gauntlet winner Altina as a free character. All of the above content will go live in-game today.