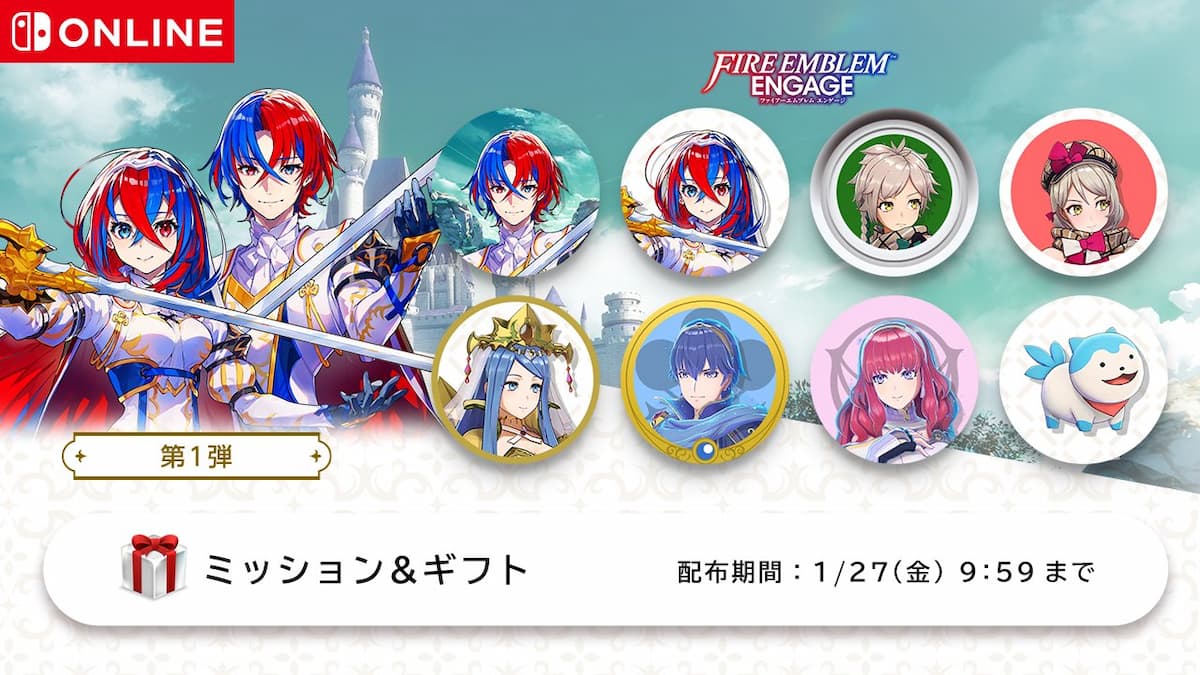 The Switch Online icon system gets periodic updates, often focusing on evergreen games like Animal Crossing or Mario, as well as individual newish releases. The time has finally come for Fire Emblem icons, and the changes have been rolled out as of this week. Let’s take a look at what you can actually pick up.

Here are all the Fire Emblem Engage My Nintendo icons coming in the first wave:

All of these icons comprise “Wave 1” (implying more are on the way), and they’ll be available until January 26. In fact, this tweet from the Fire Emblem Japanese account hard confirms more waves (six total). Out of this lot, I suspect Marth will be one of the most-purchased icons; as well potential classic cast members via the Emblem Ring system. That could mean icons for Roy, Ike, Byleth, and tons of other iconic characters.

Remember, to pick these up, you just need to go to the “Switch Online” icon at the bottom of the Switch home screen, then go to “missions and rewards.”