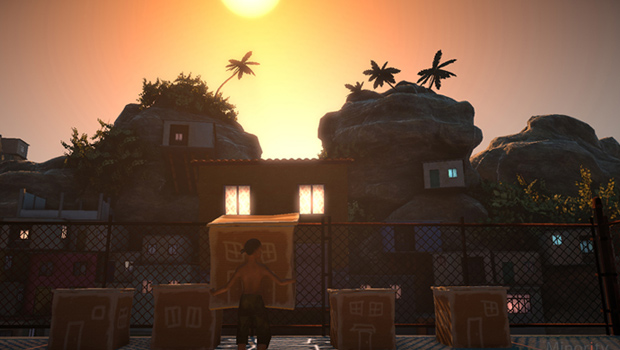 Usually, developer diaries stick to the safe side by first showing you some cool stuff, while mixing in a few game design terms and shots of computers rendering assets in the background to back up their boasting. But Minority did something different for Papo & Yo; this developer diary helps give you a idea of the kinds of emotions that are at the very core of this game.

In the video, Creative Director Vander Caballero shares his ideas on creating the “fantastic realism” found in Papo & Yo; in the feelings ingrained into these characters and environments, and the personal connection that he shares with them. Players will control the boy Quico as he tries to help his friend Monster find a cure for his frog-induced violent outbursts. The video also includes a look at a very early prototype of the game.

Papo & Yo is definitely a game that stands out among its peers, even in the indie game scene. With its unique take on puzzle gameplay, warm and inviting surrealist art style and interesting characters, this is a one game you should keep an eye on, no matter where your gaming tastes lie.