As I trekked through Firewatch‘s forested western Wyoming landscape, one song kept entering and leaving my head, and it wasn’t one of the game’s serene, folksy acoustic guitar tunes. It was a song I listened to a lot in high school, but maybe didn’t understand the profundity of at the time. It’s about sadness and hope, insecurities and loneliness. It’s kind of a great analog for Firewatch‘s strongest quality.

That song is “Across the Sea” by Weezer. In it, lead singer and songwriter Rivers Cuomo tells of an unconventional two-way relationship with a young woman in Japan. “I’ve got your letter, you’ve got my song,” he ends each chorus. That sounds like any rock star/fan dynamic, but it means more to Rivers. There’s an infatuation and it’s therapeutic.

Firewatch‘s protagonist, Henry, is in need of something, anything that’s therapeutic. That’s why he accepted this job in the mountains away from his ever-crumbling life. His wife was diagnosed with early-onset Alzheimer’s and her parents took her back to Australia to live with them. Henry didn’t have much say in the matter. So, he fled to the isolation of a Wyoming outpost, more alone but not necessarily any more lonely.

The only human communication Henry would have for three months was with his boss, Delilah, via walkie talkie. It’s the most beautiful part of Firewatch. The two converse regularly — sometimes in a boss-to-subordinate capacity, sometimes just shooting the shit. On day one, Delilah feels like a stranger on the other side of the radio; by day 70-something, she feels like a best friend. Or, something more.

Throughout “Across the Sea,” Rivers maybe laments more than anything else. “Why are you so far away from me? I need help and you’re way across the sea,” he sings. It’s clear that he has fallen to the rock star loneliness complex, the thought that even though you’re immensely popular, there’s no one who’s actually close to you. It may be aggrandizing to cling to one fan in Japan, but he did. And it helps.

In Rivers’ case, his anchor is a world away. For Henry, it’s as far as a short-range walkie talkie can reach. It doesn’t matter; the difference is all the same. Both have found resounding solace in another person they’ve never physically met. 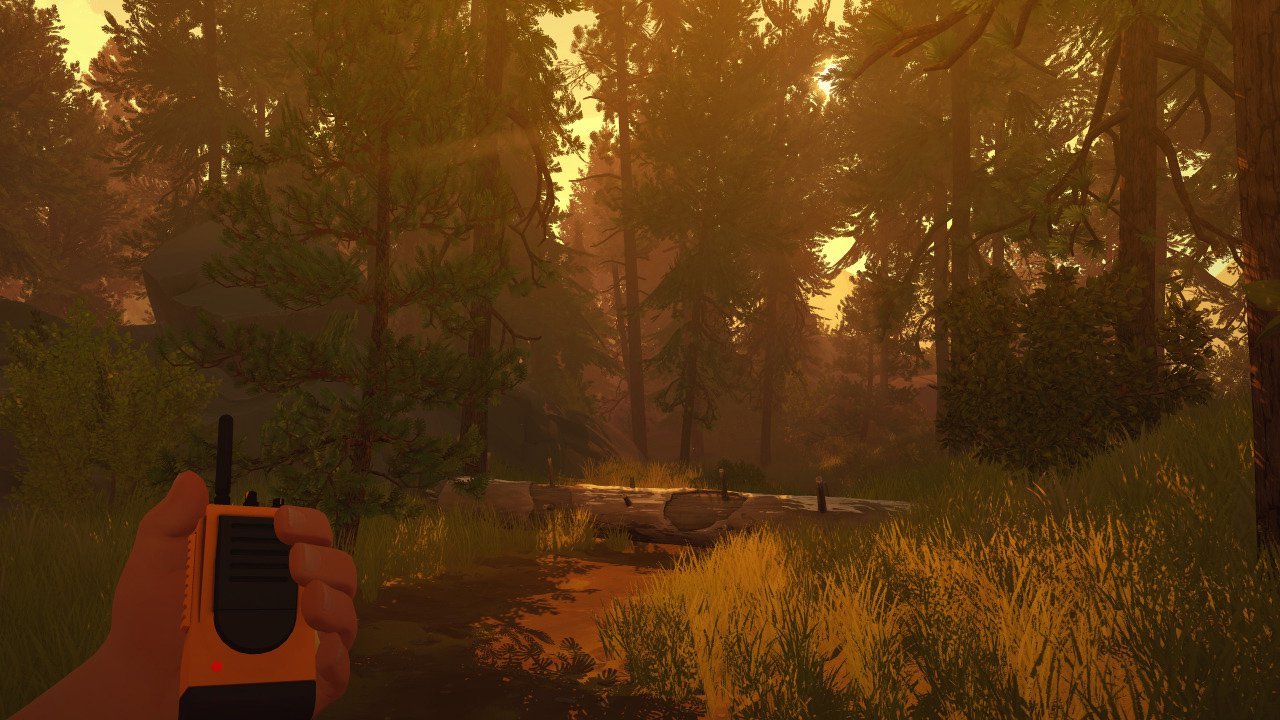 As both examples reveal, these types of relationships amplify certain emotions. There’s an exchange early in Firewatch where Delilah prods Henry to describe himself. She wants to know what his eyes look like, what he’d be wearing if she caught his glance from across the bar. Rivers and counterpart have the same natural curiosity described in lines like “You wanted to know all about me and my hobbies,” and “I wonder what clothes you wear to school, I wonder how you decorate your room.”

There’s a darker side, though. Feelings of insecurity and guilt manifest for both. More accurately, they’ve always been there, but they surface now. Rivers emphatically states “I could never touch you, I think it would be wrong.” Henry’s reactions in certain moments make it clear that he’s not sure all of this is appropriate, especially while his wife is still alive. He and Delilah aren’t romantic, but they’re intimate. They’re close. Is that any better than a physical tryst? The answer is, well, it’s complicated.

Firewatch affords a lot of time to walk around and think about these things, but nothing ever becomes any more cut and dried. There’s ambiguity and uncertainty, just as there should be. But, like Rivers’ Japanese girl, Delilah gives Henry something to lean on. She’s a beam of hope in an otherwise dark cloud of loneliness and doubt. That seems like it’s probably worth it all. “Why are you so far away from me,” indeed.