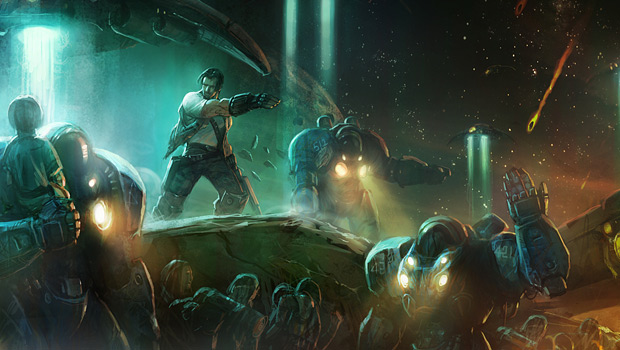 Jacob Wacker was your average teenager, just spending time with friends at camp one summer. As he dove into the lake, Jacob hit the lake’s sandy bottom. Unable to move, he began to slowly blackout. When he awoke, Jacob was pulled ashore and found out that he was paralyzed from the collarbone down.

But Jacob was far from letting this accident stop him from doing what he loved. He slowly began to regain some of the lost strength and mobility from his arms and legs. The reason Jacob never gave up, never gave into the pain of his therapy, was because of his passion for gaming.

Jacob has been a competitive gamer ever since the days of Age of Empires 2: Age of Kings. He even competed and placed second in a West Coast Halo: Combat Evolved tournament. After this accident, Jacob set his sights on a new game and a new challenge. The game was StarCraft II and the challenge was to educate the gaming community about disabled gamers and the therapeutic capabilities of games to medical professionals.

Two of the ways he is getting his message across are from his live streams of games from his Twitch.TV page as well as through his many recorded matches that have been uploaded to YouTube. It also helps that he has the competitive gaming community vVv backing him up too. His campaign has been going well; he has just been invited to the 2011 International E-Sports Meet of the Disabled in Korea this November. He will be representing the United States in StarCraft II.

Congratulations, Jacob! I hope that you show Korea what you can do for the good old US of A, and that you continue on with your campaign for therapeutic gaming awareness. And I hope that I never go up against you in StarCraft II.