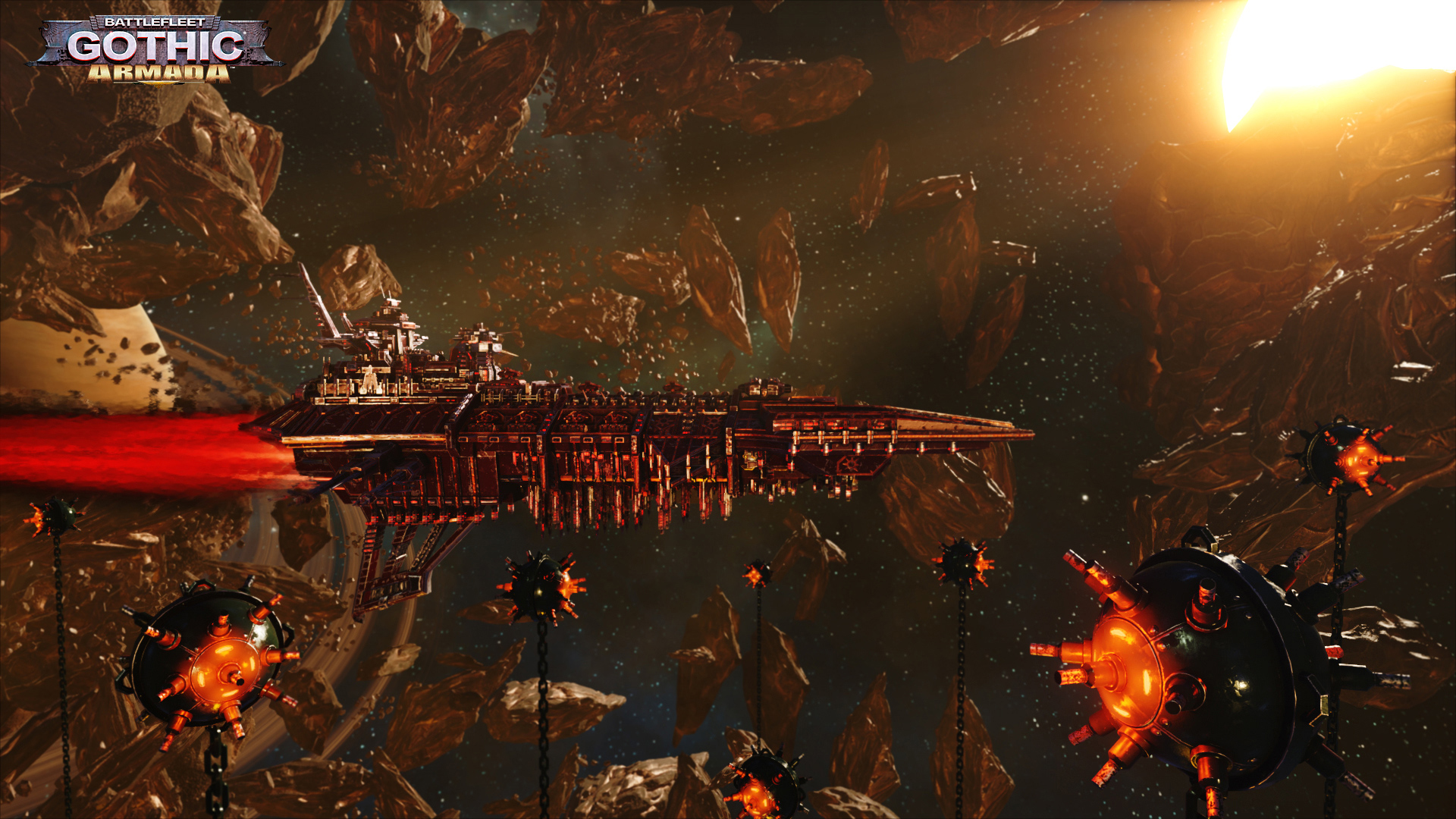 We’ve seen impressive stills from Tindalos and Focus Home’s Battlefleet Gothic: Armada but no gameplay footage up until now. The Unreal Engine 4-powered real-time strategy title looks fantastic in motion, too. After hearing about all of those Warhammer 40,000 mobile games for so long, this is a real palate cleanser. It’s no Dawn of War III or Space Marine 2, but it’s something.

Players can command Imperium, Chaos, Ork, and Eldar fleets. Which will you pick?

After seeing that the four Marks of Chaos are in the game, that’s where I’m leaning.

Admittedly, I’m not sure how much fun I’d have with a game like this — RTS space games and I don’t typically get along too well — but the spectacle of it all sure is cool. Battlefleet Gothic hits PC next year.