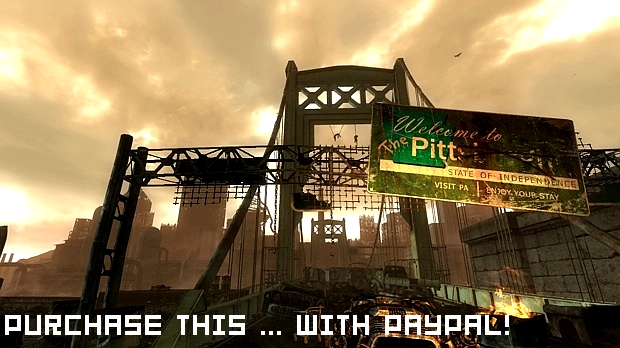 Mother is too afraid to user her credit card over the Internet. CNN, FOX News or whomever has led her to believe that this fascinating online web of awesome is a dark and evil place where thugs and scoundrels gather. The media is probably right, but the majority of us — hopefully — are aware that typing our sensitive credit digits ain’t no thing if they’re given to actual retailers. Apparently, enough of the Xbox LIVE community isn’t with it. Starting tonight, you can use PayPal to purchase Microsoft Banana Dollars.

There’s not much to it. According to Major Nelson, potential users will need to travel to the official Xbox Web site and then link their account. Boom. That’s it.

This method of payment can only be used on the official Xbox page — not on the dashboard. It’s also only available to the US. Sorry, Canadians.