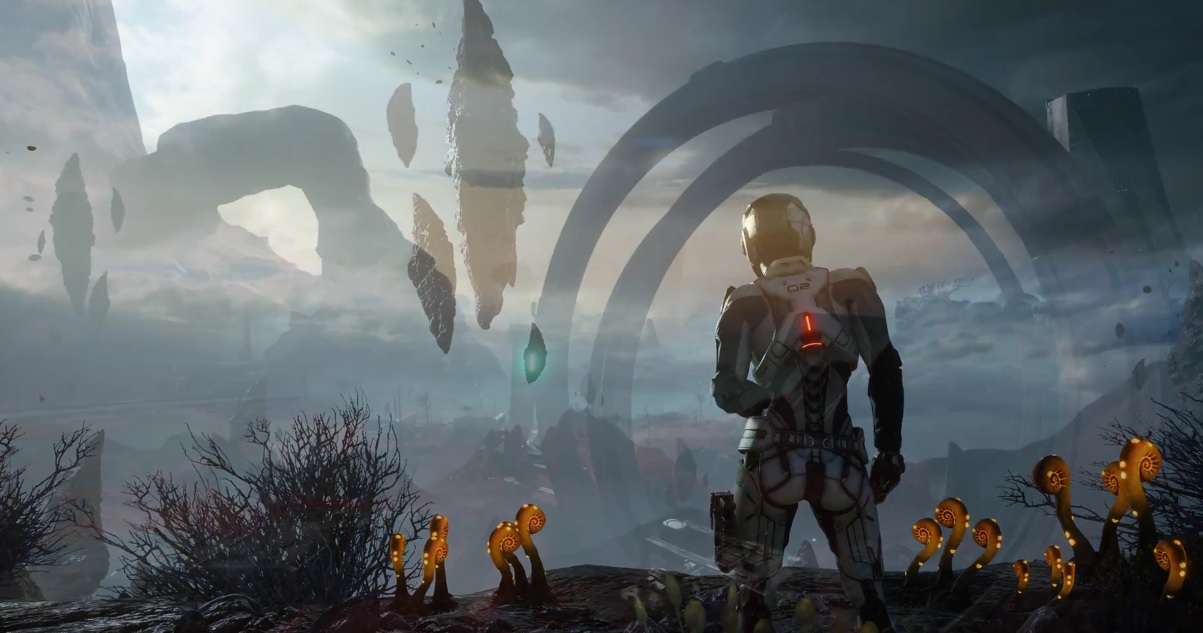 Fight for a new home

It’s here. It’s finally here. After being formally revealed at E3 2015, we have some Mass Effect: Andromeda gameplay at long last.

To be fair, it wasn’t much of a surprise. We’ve known for a few weeks now that The Game Awards would mark our first look at how Andromeda plays. We were told that on N7 Day when BioWare released a cinematic trailer that, while entertaining in its own right, still didn’t show most people what they wanted to see.

Good things come to those who wait, though. This trailer delivers. It shows the quieter side of Mass Effect on a Citadel-like hub that’s populated with familiar races. Then it shifts to an all-terrain vehicle called The Nomad for exploration and traversal. Other aspects show up like a scanning and analysis tool, environmental hazards, hostile wildlife, and the mention that the player needs to “find, steal, or craft” to fend for themselves.

However, it’s the combat that most people will be most interested in. From the clips shown, Andromeda seems like it’ll have more of a movement bent than a cover-based emphasis. The video shows a nice mix of biotics and gunplay that make fighting seem fast and engaging. Unless I’m mistaken, there isn’t any footage of allies.

Now that the cat’s out of the bag, we can probably expect EA and BioWare to ramp up the marketing cycle for Mass Effect: Andromeda. It’s currently set for a first quarter release in 2017, and that’s right around the corner. It took a while but it’s great to finally know what to expect.