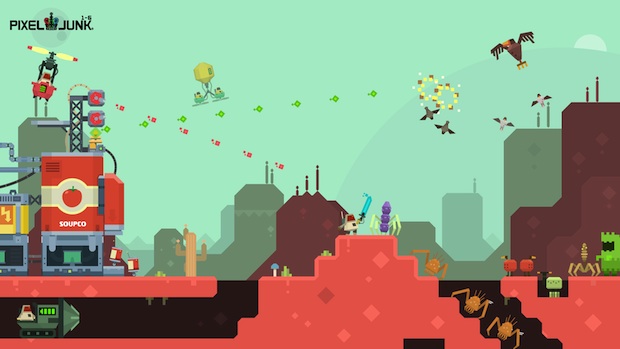 Q-Games is teasing us with the very first details on the next PixelJunk game, codenamed PixelJunk 1-6. They say it’s different from anything else in their catalog as it’s being developed specifically for the PC. It is slated for a 2013 release.

So far, all we have to go on is this one piece of artwork. “Yabai!” It’s currently in the pre-alpha stage, but they hint that we might see more at GDC next year.

Q-Games has also launched a new PixelJunk developer’s blog. Q-Games plans to update it weekly to show the development of PixelJunk 1-6 from the inside, as they go through the process.

As a franchise fan, I’m definitely going to track this blog.

What do you think about the screenshot? Any ideas of where they’re going on this?