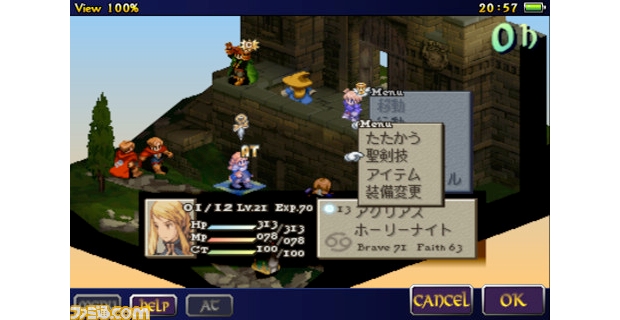 I’ve been dreaming of having one of the finest strategy RPGs on my phone ever since it was teased some time back. This Thursday we’ll finally get Final Fantasy Tactics: The War of the Lions on our iPhones and iPods. iPad? You’ll have to wait about another month.

The Facebook page for Square Enix’s digital games announces the final date, August 4, as well as the price, $15.99. It is not a universal app, so those thinking about getting that iPad version will want to wait for the autumn release. I don’t mind it so much when it’s not universal, as Square Enix has been putting some TLC into iPad ports lately. As long as something is better in the iPad version, I’ll pay again.