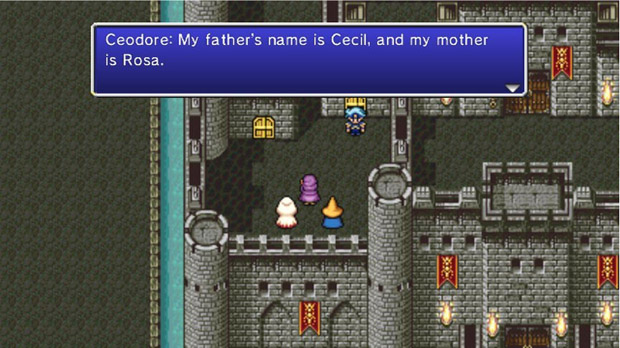 “A New Moon leads to a New Destiny” says the freshly launched official site for Final Fantasy IV: The After Years. Click on as the lovely “Crystal Theme” plays in the background. It’s happening. It’s finally happening after what seems like has been…years. Or a year. Whatever.

We got our hopes up early this year after hearing rumors. Then, in March at GDC, we were able to confirm the release for the US. And now we’re finally seeing the first visual proof that the Japanese mobile Final Fantasy IV spin-off is actually coming our way as a shiny new WiiWare game. If you don’t know the story, well…the image above actually says it all. There’s a new moon, and Ceodore, the son of FF4 heroes Cecil and Rosa (*gasp* 18 -year-old spoiler!), sets off to take care of business.

The new site fills out the story in the Prologue, gives a glimpse into some of the Tales, and drops info on a few of the Characters, with all parts expected to have more revealed as we come closer to the release date. We also snagged the screenshots from the site and threw them in the gallery below.

I’m very excited about this game. In its mobile form, it sold about 3 million copies in Japan. To me, that points to this being a great game. And it’s more Final Fantasy IV — that’s enough to win me over!