Jodie in camo, in war-torn Somalia

We’ve had our time with upcoming PS3 title Beyond: Two Souls before, but only briefly. But for E3 we’ve finally got our first sizable hands-on with Quantic Dream’s latest, and it surprised me in several ways.

First surprise? Seeing Jodie (played by actress Ellen Page) in camouflage, hunkered down in what looked to be a heated situation in Somalia. We’ve seen her fighting on trains, trying out her hand at being homeless, and blowing up a city’s main street — all settings fitting in with what we know about the game’s storyline. But an arid war zone? Wearing camo? With trucks armed with missiles rolling in the background? Quite a change. 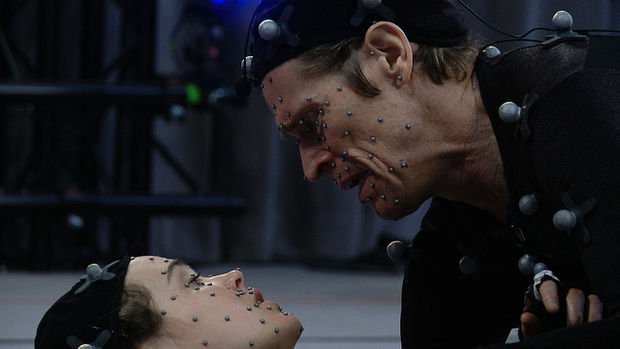 It took me a bit to remember that part of Jodie’s story is that she comes to work as a CIA agent. And when you consider how much of an advantage that Aiden, Jodie’s invisible friend, gives her in an environment like this, the setting makes a bit more sense. Nothing was shown to show how she got here, and that’s good as it probably would have ruined the story. But I didn’t have long to think on the game’s setting and situations as things became heated rather quickly.

[Spoiler alert: While I feel you’ll be okay reading this preview, as it gives nearly nothing in context and is set later in the game, those looking to avoid any plot points may want to steer clear.]

At what Quantic Dream tells is about an hour into the game, the stage is set during a Somali civil war. Jodie was sent in by the CIA to use her unique powers to aid in a warlord hunt there. The scene opens up with Jodie trying to part ways with a young local boy named Salim. She tries to reason with him, telling him that she has to work, and that he can’t come with her.

“Someday this is all going to be over and you can just go back to being a kid,” she tells Salim.

Getting to her mission, I was supposed to guide Jodie to where the warlord was holed up. Not sure where to go, I walked along back streets where I eventually encountered an armed guard. I thought I might be able to sneak up behind him and take him out, but I flubbed the controls and quickly found the tables were turned, with the guard’s gun pointed at my face. Aiden took over automatically, knocking the guard out. 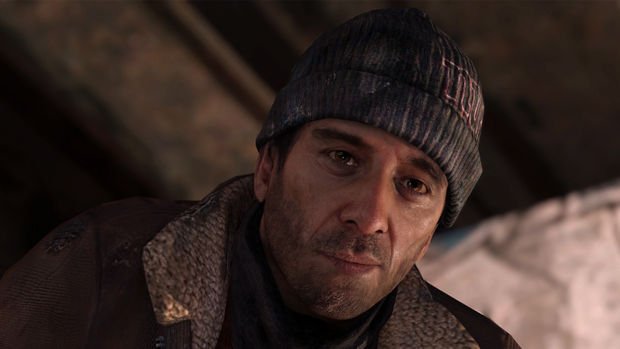 I asked if Aiden was supposed to come out and take over in this situation, but was told that I could have took him out with Jodie, though the option was always there to control Aiden and do what was done automatically for me. Surprised, I asked if Aiden will always come out to save Jodie from my mistakes. Not always, we were told.

But Beyond is almost always open to choice as far as how you proceed, Quantic Dream told us. It took me awhile to get used to the option of using Aiden at any time for a given situation, and that’s probably because he’s invisible. For example, I felt I was doing fine in working my way through the city to where I thought the warlord might be hidden, but when it was suggested that I just take over as Aiden and fly high above the city for a better vantage point, I was kicking myself for not thinking of that. Being invisible, he’ll never come into danger. When you think about it, walking around this war zone as Jodie is a silly choice.

Later, as I drew close to where the warlord was hidden, Aiden transitioned from being a play option to becoming fully necessary. With Jodie safely behind cover, I had Aiden fly through the wall, across the street, and into the compound where the target was. He sat in a room, surrounded by armed men, so entering as Jodie would have been a mistake. Aiden has the ability to possess some people, but the warlord was not able to be taken over. 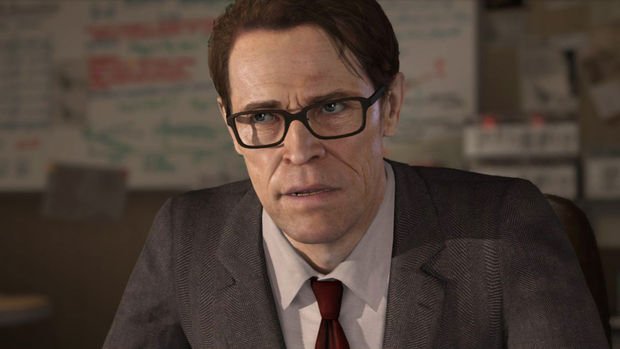 Instead, I flew just outside of the compound to a nearby guard and managed to possess him, though I failed to properly grab a weapon, ruining my chance for taking out the warlord. Thankfully, Beyond provides plenty of options to a given challenge. Trying again, I flew through the wall and found another soldier to possess. With him, I managed to steal a weapon from a locker and used it to gun down everyone inside. It was brutal.

The only thing that was left to do was to open the door (Aiden can interact with some objects) to let Jodie in.

When Jodie entered she saw what Aiden did and vomited. Shocked, she walked around the site, reflecting on what had happened and her involvement. Just then, the boy she spoke with earlier, Salim, quietly walked in behind her to see the same scene. It turns out that he was related to one of the deceased. He starts to cry over one of the bodies, and when Jodie tries to apologize the boy pulls a gun and fires at her. Aiden quickly forms a shieldaround her to block the bullet. She’s safe, but still greatly affected by what has happened. 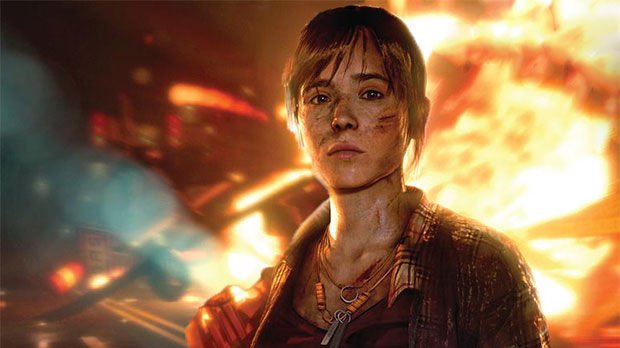 Leaving the scene, tears in her eyes, she notices that gunmen from all over the city are up in arms, some out for blood. What starts as a steady walk through the streets turns increasingly tense. Controlling Jodie, I wanted to dart for the nearest cover as more angry locals flooded the streets, but she was cautiously controlling her speed. But her movement became more brisk when as the heat increased, finally leading to a dash toward a building to escape.

Distraught from the day’s events, Jodie tries to kill herself, but Aiden again jumps out of her body to protect her. Frustrated and scared, and now trapped in this building, totally surrounded, she finds an opening in the building’s roof, and starts looking for a way to escape. She spots a ladder inside and uses it to climb to the roof. Unfortunately, more angry men await there. As they draw in, it looks like it’s all over for her.

I won’t spoil the resolution for you.

Reading the last three or four paragraphs of this preview, you may have wondered how much control I was given, as these read more like movie scenes than game play. Surprisingly, just about every interaction has the player in full control. All of the movement in the scenes above were controlled by me, using the left analog stick. 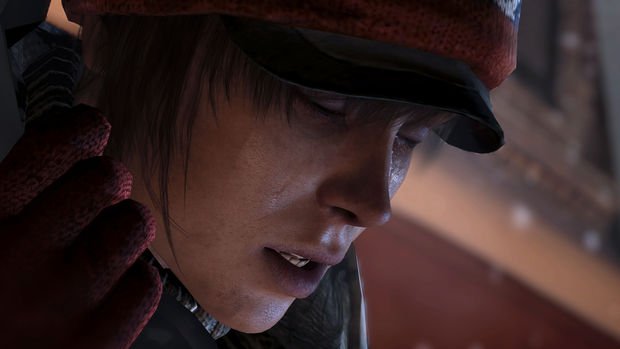 With Aiden, aside from the couple of story bits where he jumps out to save Jodie, I was in full control of both his movement and view. Button presses, combinations, and directional movements are used for all of the object interactions. Beyond uses onscreen prompts to guide you for some of them, but for others you’re on your own, left to do what seems most natural with the controls.

Those that played Quantic Dream’s last game, Heavy Rain, may be concerned that this control for Beyond: Two Souls sounds more like prompting for interactive scenes. It does, but know that they’ve worked to make it so that just about every aspect you’d think you should be able to control, you can. You control all the movement, the camera, and just about every interaction. Despite looking like a movie, this game definitely leans more toward the action side of things than Heavy Rain ever did..

We’ve talked a lot about Beyond’s cast, design, and direction, but it’s nice to finally talk about how it plays. While this was just a short taste, it lets us know that Beyond will be more than something we just watch.