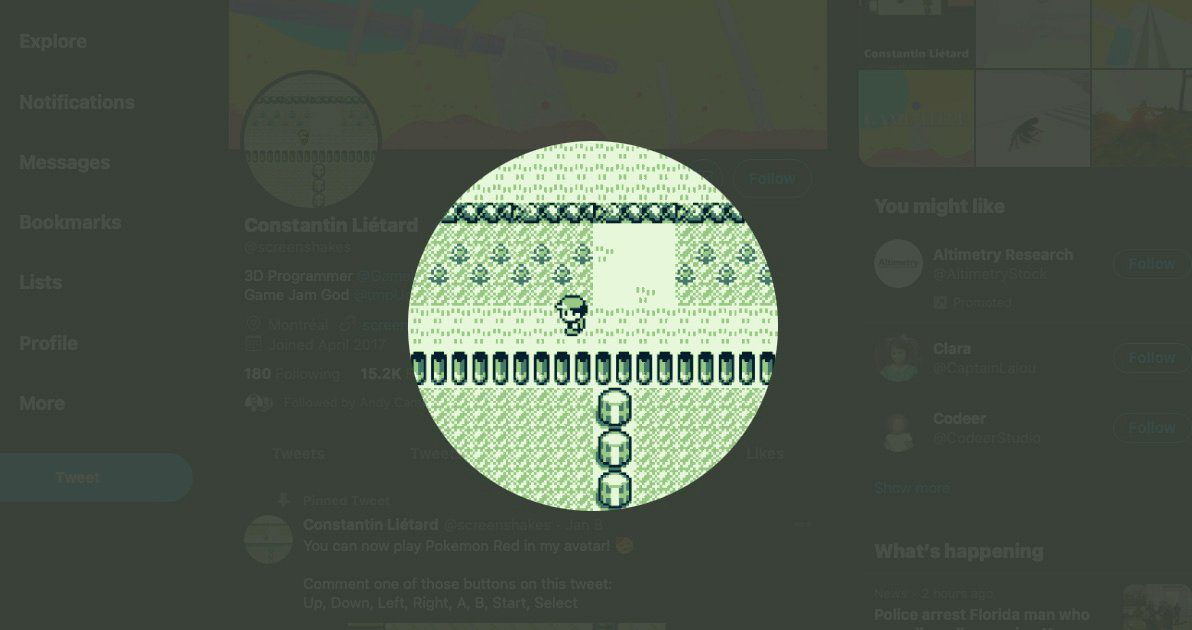 Twitter is, by all accounts, an absolute trash heap of a website. Just a sopping pile of seagull excrement where every day you’re bombarded by the worst possible opinions and takes on the planet. I mean, you’re not even allowed to coordinate the overthrow of Democracy on it anymore. Well…American Democracy anyway.

As bad as it is, there are a few bright diamonds in this dumpster worth paying attention to, the newest of which is bringing people together to do the one thing we all love to do. That’s right, a Twitter account is letting us play Pokémon using its replies.

Twitter user @screenshakes is letting their followers and complete strangers play Pokémon Red in their profile picture by commenting on the original tweet. Comments are pulled every 15 seconds, with the most commented input used to advance the game. It’s like when Twitch Played Pokémon, only with a tinnier picture.

You can now play Pokemon Red in my avatar! ðŸ¥³

Comment one of those buttons on this tweet:
Up, Down, Left, Right, A, B, Start, Select pic.twitter.com/9RV383BGjW