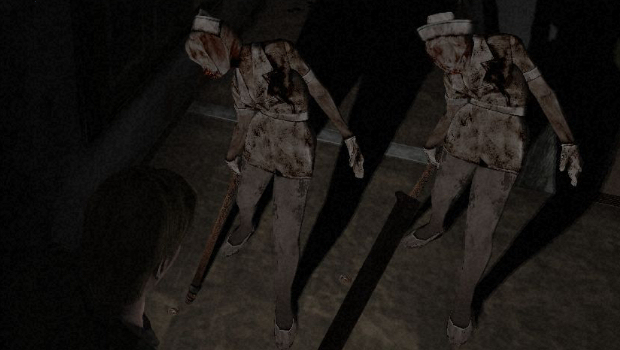 Release dates for this year’s trio of Silent Hill games have been all over the place, but Konami sent along a note that clears everything up and seals the dates in stone … unless they change again. If you’re confused over which games are arriving on what days, worry not and check out these dates.

Konami is calling this the “month of madness,” but I don’t think it quite understands the irony of such a catchy phrase. After all, releasing three games in a series within the span of an already-packed month certainly is madness, and not in the creepy, guilt-ridden, that-monster-represents-my-sexual-repression sense. It’s just common garden insanity.

I sometimes think Konami doesn’t realize there are other videogame publishers in the world and that this is an actual industry, not just one company’s personal hobby.