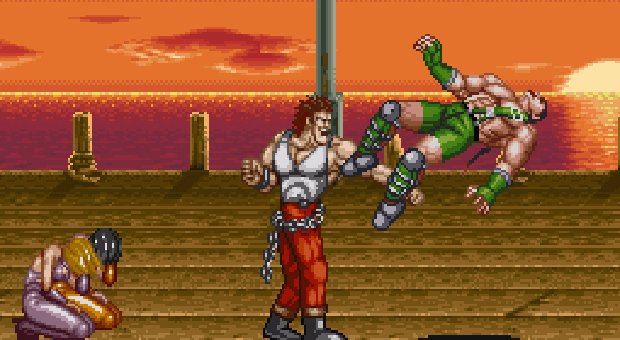 Here is a music video about Final Fight 3. The singer of the song has a chalice filled with alcohol, and he appears quite serious about contemplating the many aspects of Capcom’s often overlooked SNES beat ’em up. He really appreciates it. Personally, I’ve always had mixed feelings about the game, as it paled in comparison to some of Capcom’s arcade beat ’em ups at the time like Aliens Vs. Predator and Dungeons and Dragons. After hearing this song (again), I can’t help but feel as though I was a little too hard on Final Fight 3 the first time around. A sea captain that has ass attack is something worth cherishing.

Upon a little research, I found that this song has actually been around for a while, and that it even spurred it’s own fan website called Andore Jr. It’s a pretty good website.

Final Fight 3 is available on the Wii’s virtual console. If you play it, or have played it before, please tell me what you think of it. Have you ever encountered Wong, for instance?