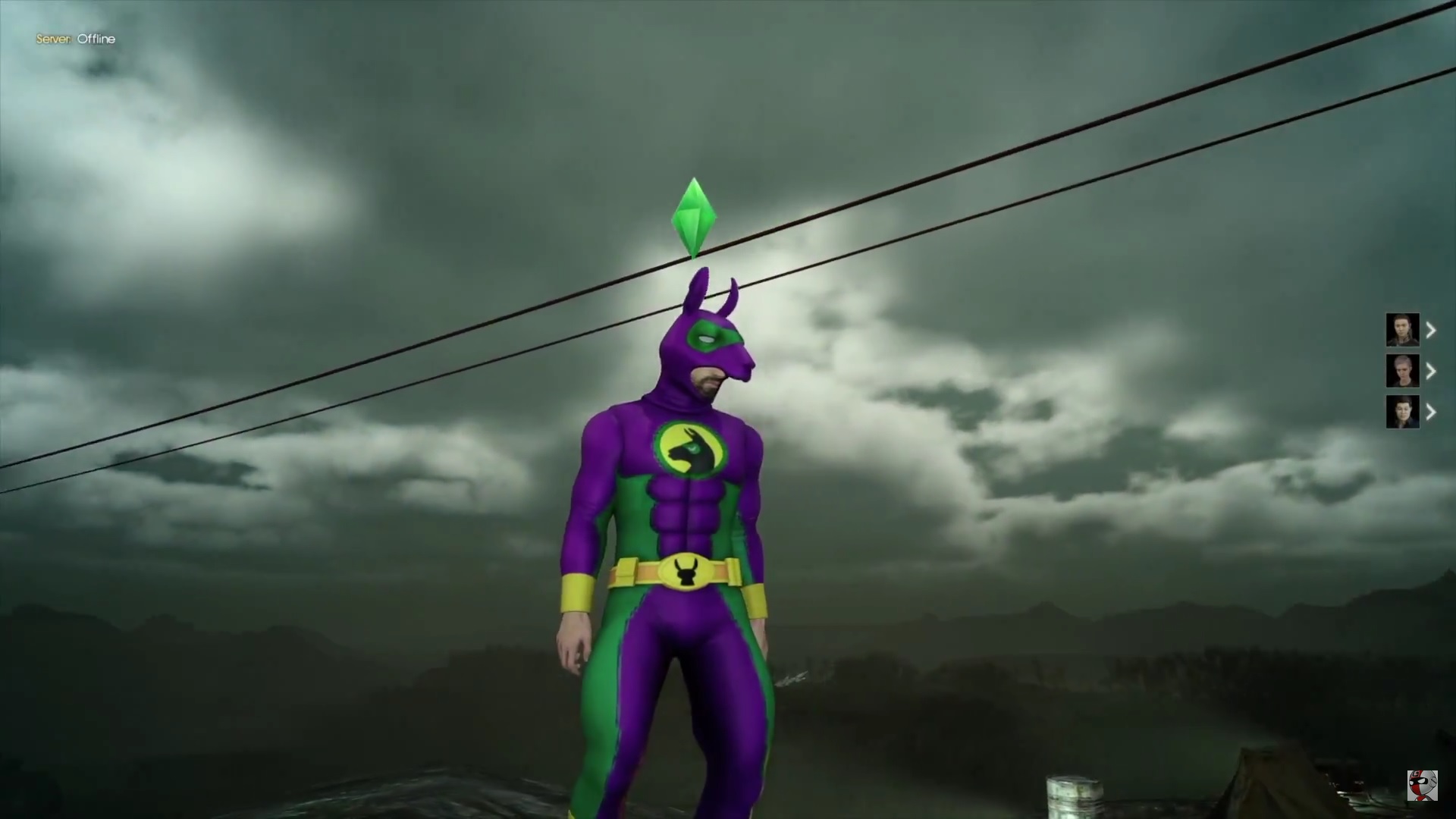 Not content to simply port Final Fantasy XV to PC, Square Enix has announced that yet another wacky crossover is coming to the belated port when it releases next month. Users who buy the game from EA’s Origin service before May 1 will be given a Sims 4 costume pack that features a Llama suit and Pumbob outfit. I have no idea what those are, but I really can’t get over the floating crystal. This is just too good.

These costumes will be available in the multiplayer component as well as an option for Noctis in single-player. If you happen to own The Sims 4, you’ll also receive a special crown prince outfit for Noctis to celebrate the launch of the game. That isn’t all, though, as a Regalia decal pack will also be available for grabs.

Here is a quick trailer showing off some of the new digs.

While nothing is going to top the Half-Life crossover, this Sims 4 pack is pretty awesome. I love that Square Enix is going all in to make this version of Final Fantasy XV the definitive port, especially for someone like me that skipped out on buying the console release.