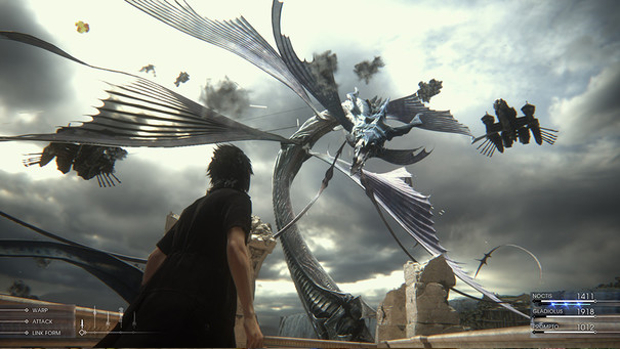 Check out that ride!

TGS 2014 is already off to a big start with the release of a brand new trailer for Final Fantasy XV. Much to the disappointment of many, it was absent from this year’s E3 and gamescom shows, but the nearly three-minute trailer aims to make up for the lost time.

In this trailer, we get to see our heroes travel around outside of the city in a rather expensive car — which by the way looks be to be fully controllable. Their trip down the scenic route shows off some massive wildlife and other foes looking for a fight. But our heroes are more than up for a challenge, and they even display some clever team focuses attacks.

It’s a pretty sharp trailer, which isn’t a surprise. Square Enix knows how to make its games look stunning, and this trailer certainly does a great job of showing that. With TGS already underway, we can expect to hear some more info about the state of FFXV, and hopefully when it will be released.

Stay tuned to Dtoid for more info from TGS 2014 as it’s released.