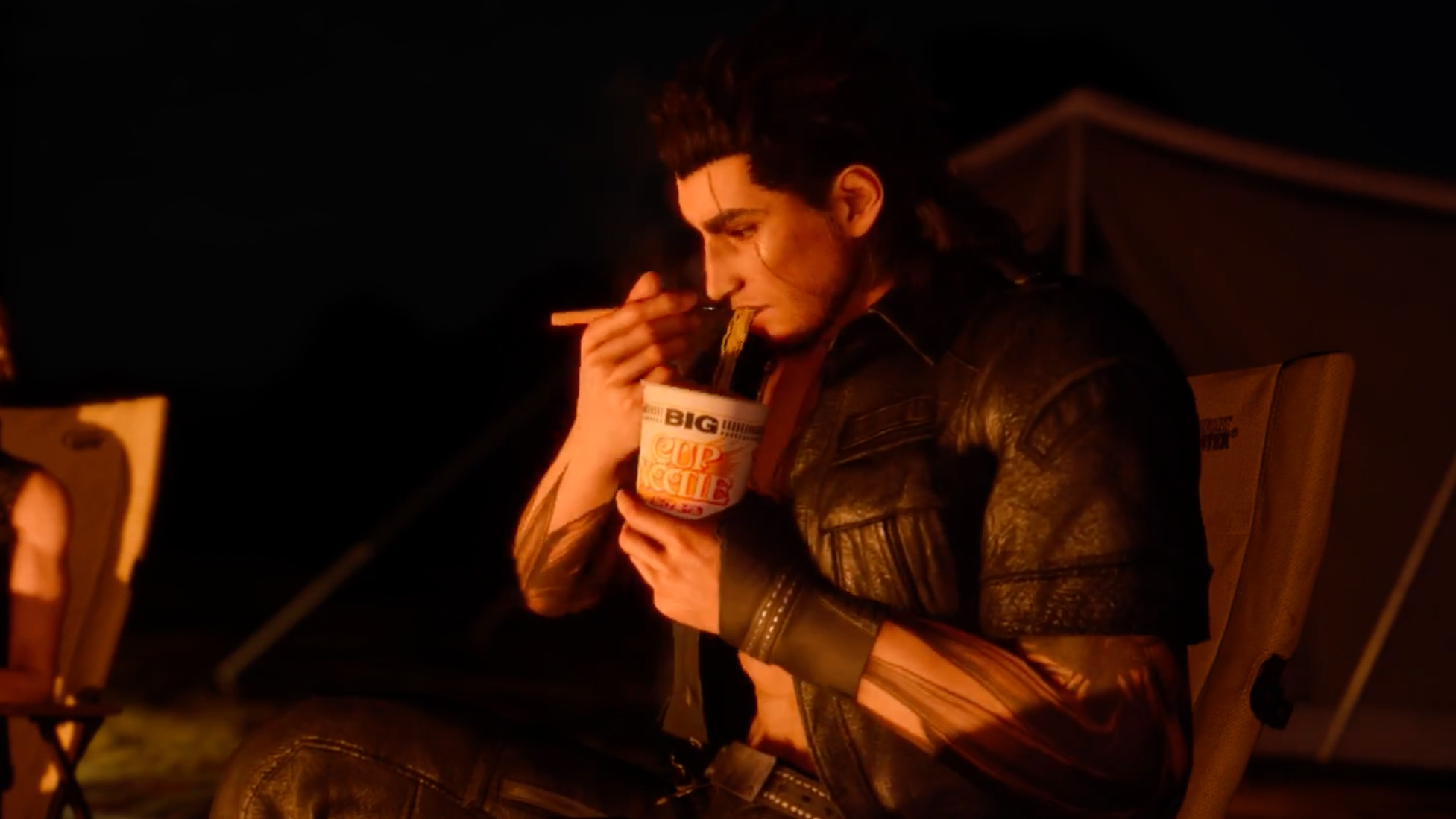 We have so much in common

They may live in the spotlight, but these members of the Lucis Royal Family have no problem doing every day tasks like the rest of us.

They sit around the table on their cell phones instead of talking to one another!

A lot of Cup Noodle!

If there’s one way to help cover costs associated with a 10-year development cycle, it’s with product placement. At the Tokyo Game Show, Final Fantasy XV director Hajime Tabata announced a collaboration with Nissin Cup Noodle. All around Eos you will find advertisements for the microwavable treat, and it’s even getting its own quest.

I’m more of a Top Ramen man, but I do love a steaming cup of noodles when the chilly autumn months roll around. I imagine I’ll be eating a lot of this when Final Fantasy XV is released at the end of November.