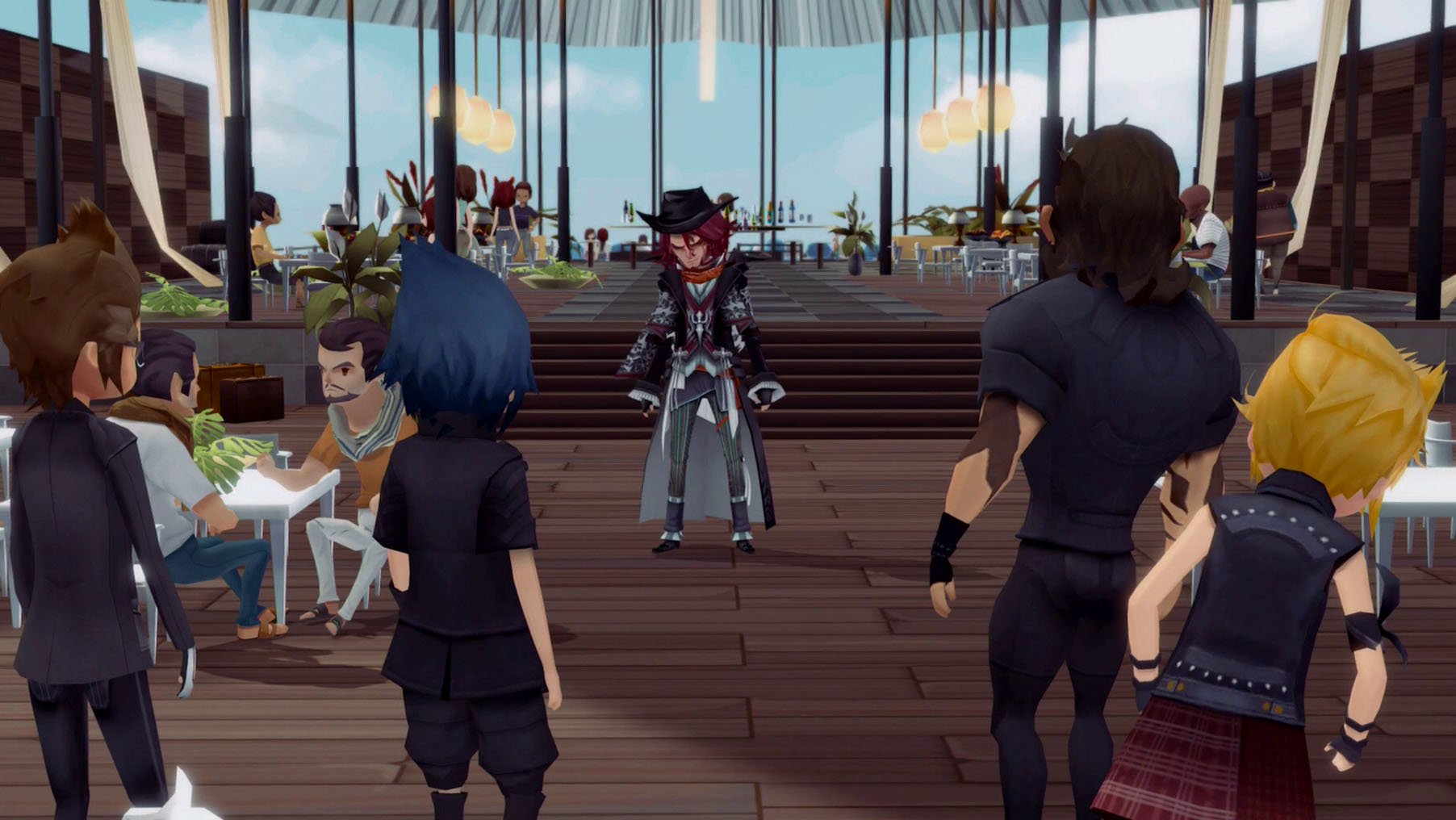 It gets the gist across

Playing a massive JRPG can be pretty daunting at any age. I mean, I work full-time reviewing and writing about games and between all my other assignments, MMOs, MOBAs, shooters, and other recreational activities, it can get tough to fit in a JRPG every so often. More often than not I can do it, I might just have to drop everything else.

Final Fantasy XV: Pocket Edition is an attempt to fix that main time sink issue. It’s a miniature version of XV in every sense of the word, and strangely, a lot of love and care went into it.

It’s easy to feel jaded at this point given how many spinoffs and side projects are related to XV. Square went overboard, no doubt, but I found myself really liking a lot of them, Pocket Edition included.

In case you haven’t heard of it before or are turned off by the deformed character designs, it’s basically a mobile edition of XV that trims a lot of the fat. Now as an RPG player that really loves min-maxing, loot-hunting, and staring at menu statistics I love that fat, but I don’t need it at all times. In fact if I ever get the itch to replay XV years from now, I might swap this in at a 2:1 ratio with the original.

I love XV‘s world and its characters, and Pocket Edition mostly encapsulates that charm. All of your party members are still emotive, but if you’re ever feeling bored or have seen a scene before you can move past it without waiting an hour to travel to some far off location to advance the story. I’m surprised at how much Square Enix managed to pack into Pocket Edition. The car push scene is still in, but if you want, you can push a “skip” button at the top right of the screen to breeze past it.

It’s also strange how easily I eased into the simplified combat system (I know what you’re probably going to say — the original combat was simple too — but I enjoyed it heartily during boss fights and during the endgame) and traversal. Pocket Edition takes an easy-to-follow isometric angle on everything, so it’s not difficult to suss out where you need to go next or where someone is attacking you on the battlefield.

I don’t think we’re too far off from getting a fully-fledged XV on mobile devices. I mean, full voice acting is in! Same with the soundtrack and the major plot points. The chibi look is a bit weird at first (it doesn’t look like your typical cute chibi joint) but it grew on me. This is a much, much better effort than the busted mobile ports of other Final Fantasy games that Square Enix has done in the past.

Although I’m not willing to put any amount of money on Final Fantasy XV: Pocket Edition‘s success, I actually like the idea of making 80+ hour JRPGs condensed for those that want to experience truncated versions — or for folks who already played through the original and want to relive the main story beats. You have the option to buy each chapter piecemeal, pay $19.99 for the whole shebang, or play the first chapter for free.