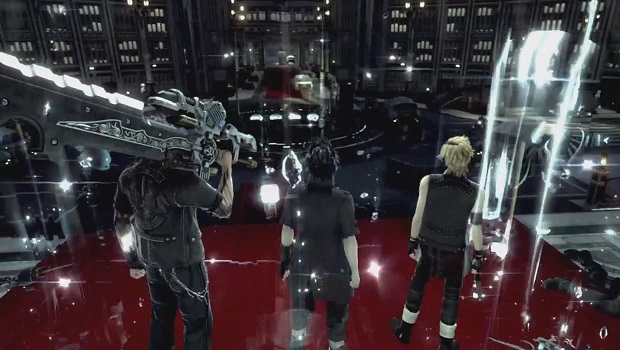 This ain’t no Mods de Chocobo

Forget fated children and anxious hearts. Final Fantasy XV is on the horizon, and for a game this big, you have to know there’s going to be some equally big music to accompany it.

Enter “Omnis Lacrima,” a sweeping orchestral theme that sounds totally badass. I could probably strut through town in Uggs with such confidence while this song plays, or ride into town on a dragon while eagles cry and my hair flows in the wind. That’s how good it is.

If it sounds familiar, you may recognize it from the Final Fantasy XV gameplay reveal trailer, which is too legit to quit and the Final Fantasy club can’t even handle it right now. The track has been released in its entirety on Yoko Shimomura’s 25th anniversary album Memória – The Very Best of Yoko Shimomura, and is available to preview or purchase in the Japanese Amazon store. Shimomura is perhaps best known for her work on the Kingdom Hearts soundtrack, though she boasts quite the prolific portfolio.

Coincidentally, the song title “Omnis Lacrima” translates to “all the tears,” which refers to the ones I am presently crying because Final Fantasy XV isn’t going to be out for some time.