Our first trip to Duscae

Even though the clock was ticking, it was difficult not to stop and smell the roses. I had a behemoth to hunt, but couldn’t help myself. A gorgeous landscape teeming with majestic wildlife distracted me from my objective. I whiled away far too much time transfixed by the mosaic of stars painted across the night sky, exploring grottos and forest trails, and poking around a secluded outpost with a stable of Chocobos. I continued to do so until a tap on the shoulder reminded me to get back to the task at hand.

During a meeting with Square Enix today in Boston, the publisher gave me over an hour to delve into Final Fantasy XV: Episode Duscae, but it just wasn’t enough time. I want to spend more time in this world, leaving no stone unturned, and now I find myself eagerly awaiting the opportunity to do just that when the demo launches alongside Final Fantasy Type-0 HD later this month. 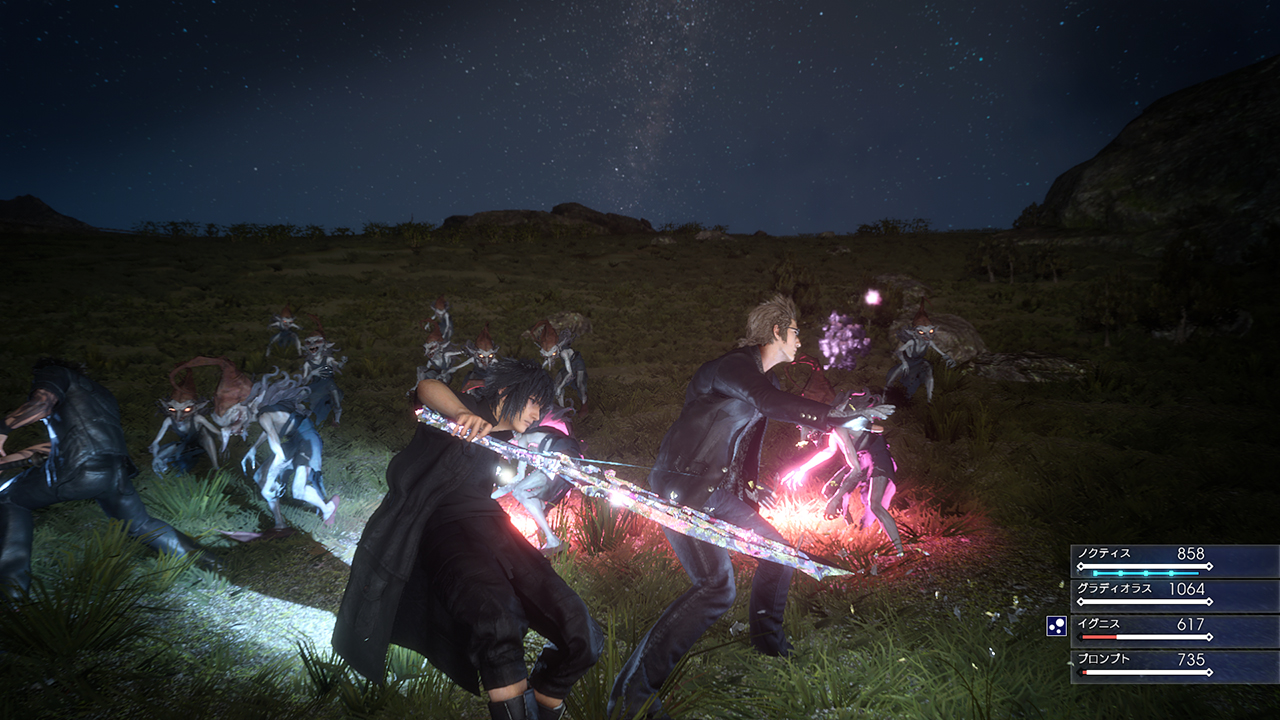 After getting acquainted with Prince Noctis and his entourage, Episode Duscae gives players the opportunity to familiarize themselves with the action-oriented battle system. The combat is fast and fluid, vaunting stylish special techniques and a warp ability that allows Noctis to teleport across the battlefield and strike opponents when they least expect it.

The basic controls involve holding down or hammering at the attack button, and discerning when to back off and elude oncoming attacks. There are dodge and parry moves to do this, but my personal favorite (though least effective) is an awkward scrambling animation where our hero is on his hands and knees trying to get out of the way of an enemy assault.

Noctis is equipped with a handful of different weapons, all of which have specific abilities and are useful in varying circumstances. Anticipating which technique is appropriate for the situation at hand will be key to mastering the combat system, as is monitoring the MP gauge, given just about everything the player does on the battlefield requires its use. 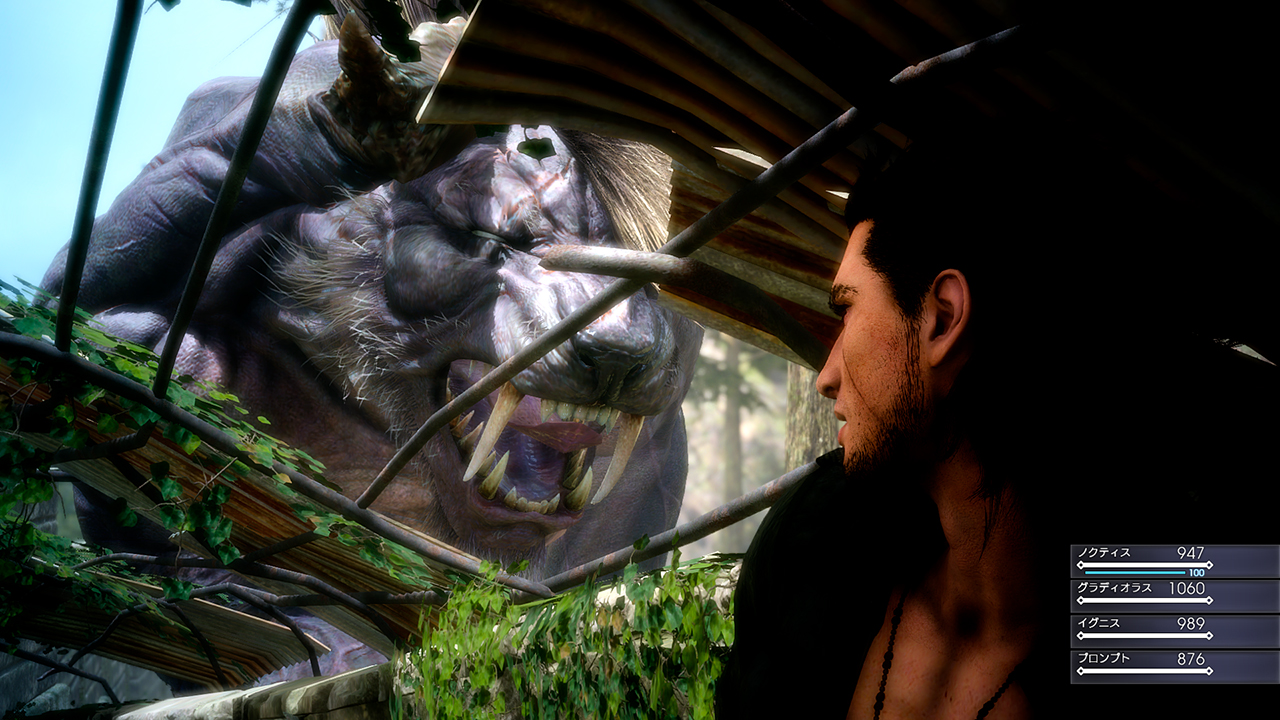 Since players only have direct control over Noctis, the rest of the squad acts as support, and they’re certainly no slouches. The other guys always followed my lead, rushing to join me in the fray and retreating when I ran for the hills, while also pointing out nearby objectives. One of their most important qualities is reviving fallen teammates. Upon depleting the life bar, characters will stagger around helplessly until they succumb to their wounds. Luckily, a helping hand from one of your pals should keep the game over screens to a minimum.

Clashing with the local fauna or imperial patrols feels incredibly satisfying, especially so after dusk, when larger and more dangerous bands of frightening creatures materialize out of the pitch black night. These encounters are avoidable, though, as camping plays an important role, giving the party a safe haven to wait out the dangers of the witching hours, recuperate, and gear up for whatever hardships await on the long and winding road ahead.

I look forward to coming across those obstacles and going toe to toe with the behemoth, a voracious beast causing trouble for the Duscaen residents. After following a rather bloody trail of breadcrumbs, I managed to track the monstrosity back to its lair in a lengthy stealth (!) sequence before a Square Enix representative pried the controller from my hands.

I’m not sure what happens next, but I’m certainly eager to find out. You can too, starting March 17.