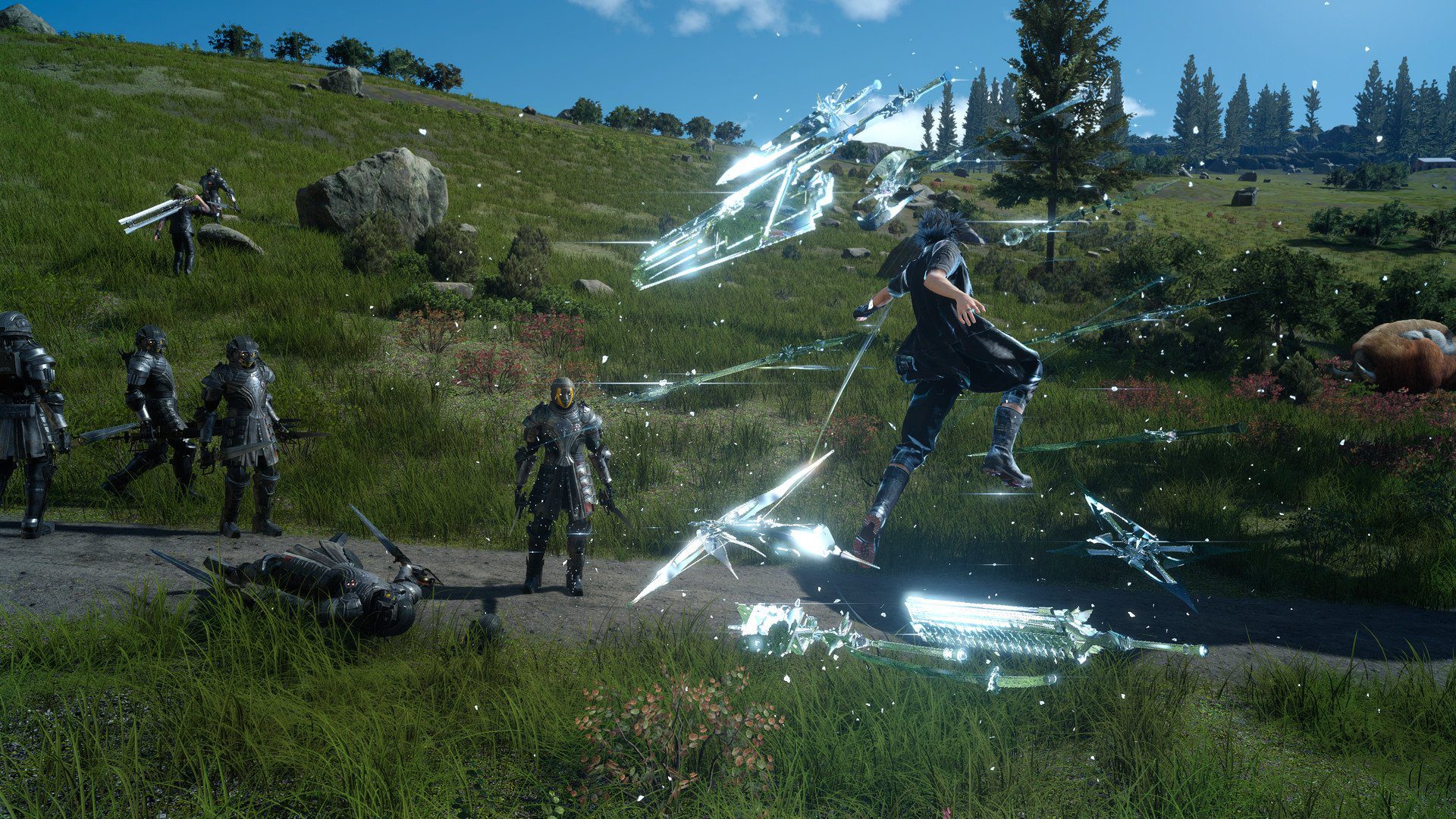 Was the Luminous Engine worth it to you?

And in the time you’ve pondered what that means to you, Square Enix just greenlit another spinoff.

I’m talking anime episodes and DLC for each individual party member. A pre-release demo that granted you a bonus summon. Tons of crossover outfits, including…Assassin’s Creed for some reason. A pinball spinoff that was removed from the marketplace in 2017. A beat ’em up game. An enhanced edition. A canceled VR title. An eventual PC port. Noctis crossovers in Dissidia and Tekken 7. It even had Sims crossover content. Final Fantasy XV is an empire.

A forced empire in part, no doubt, in part. Square Enix wanted to recoup the cost of the pricey Luminous Engine, as well as the development costs of many years of reworks. Breaking this down, it took four years (taking US release dates into account) for the Final Fantasy XIII saga to conclude with Lightning Returns. Revisiting past Final Fantasy main entries is not a new thing for the publisher.

Even still, XV seemed to earn less ire than XIII, as a standalone entry. Something I’ve noticed over the years; the level of granular dissecting seems to rise for each mainline game. I mean you could say the same about nearly every AAA title as time goes on, but there’s a blazing-hot spotlight under every title. To that end, XV was fighting a losing battle for some people. XVI will no doubt be held under the same level of scrutiny.

For me, Final Fantasy XV fulfilled its purpose as a road tripping, focused Final Fantasy. I think as time goes on it’ll be cast in a more favorable light. For now, I’m sure you’ll let me have it!