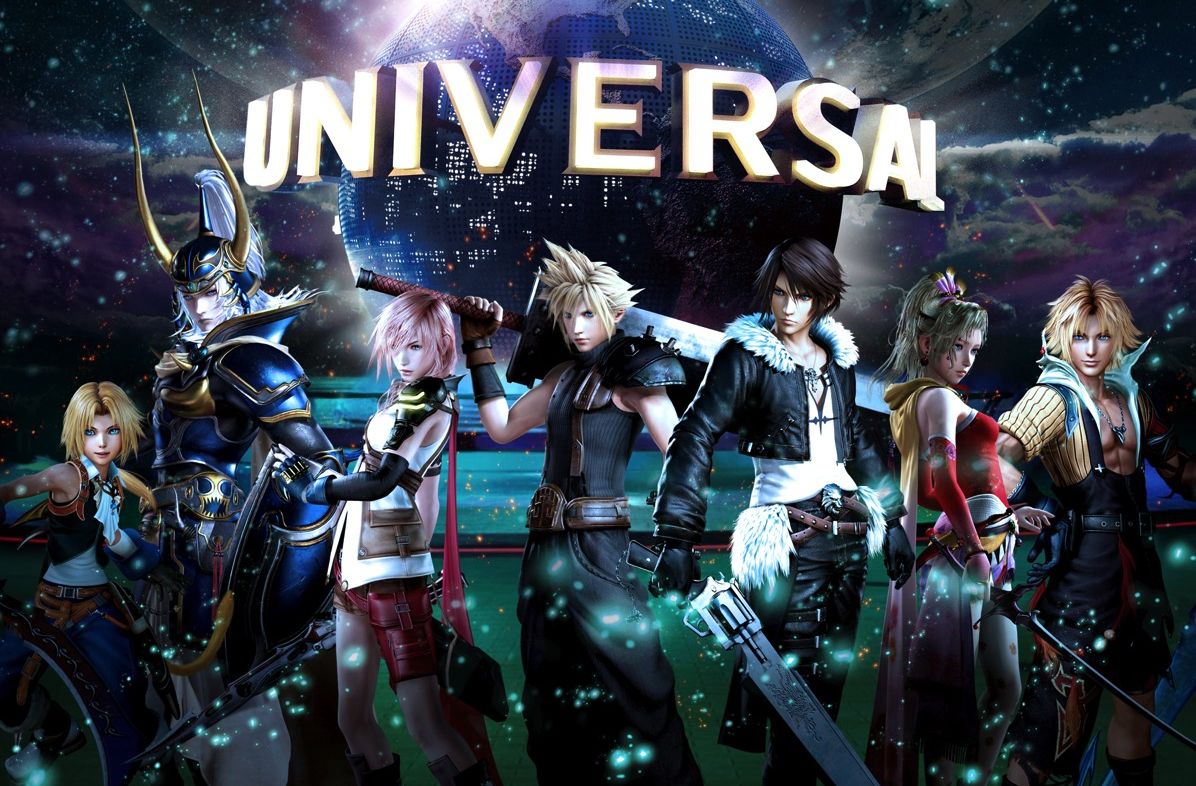 From time to time there are video game and anime themed attractions and events at Universal Studios Japan (USJ) including Monster Hunter, Resident Evil, Attack on Titan, and Evangelion. As part of the “Cool Japan” initiative, 2018 will see some new attractions as well, with Final Fantasy and Sailor Moon rides along with returning Conan and Monster Hunter attractions.

Today the Final Fantasy XR ride was announced to run from January 19, 2018 until June 24, 2018. You will board an airship and fly through many cutscenes and moments across the series’ many entries. Series illustrator Yoshitaka Amano even created the official logo.

XR rides are motion rides in virtual reality that sound similar to the Back to the Future ride. The English USJ site describes them as “super-real” experiences that “synchronize the frantic speed and the sense of gravity of a theme park ride with astonishing advances in virtual reality that transport you to brand new super real world through sight and sound, stimulating the six senses.”

They clarify what the sixth sense is by the way. It’s not seeing ghosts, but rather “The various sensations triggered by the excitement provided by entertainment, such as that caused by the sense of gravity felt on a ride.”

I’ve been to USJ a few times including during Halloween featuring the Resident Evil zombie outbreak. That was a really fun experience, but since I didn’t know about these XR rides and can’t wait for Nintendo World in 2020 I may just have to find a way down to Osaka sometime around January 19 or so.