I’m making my way through the main story quest of Final Fantasy XIV: Shadowbringers, and I came across a particularly puzzling mission that a few folks have asked me to share the solution for, since there’s no real guides yet.

It’s called “Mystery Miners,” and I’ll refrain from doling out any spoiler-centric info in this bit right here!

Mystery Miner is a level 77-ish quest that involves finding a hidden cache at an obscure location in the Amh Araeng location: a zone that you reach very early in the Shadowbringers expansion, but is split up into an early-expansion portion and a late-expansion portion.

The riddle is as follows: “On road leading afar, follow the third star, fear not the fall, look to the wall, at the first dry giant’s heel, the brave wanderer must kneel.” 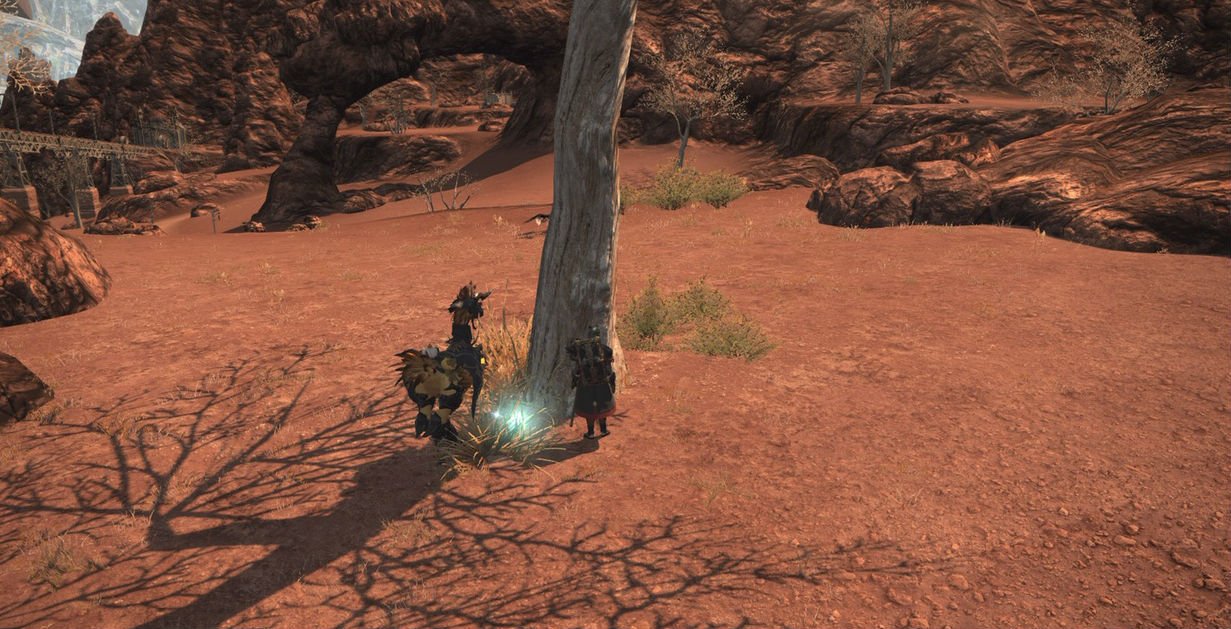 There’s a flashing light there just in case you missed it, but it’s right near the town of Twine.