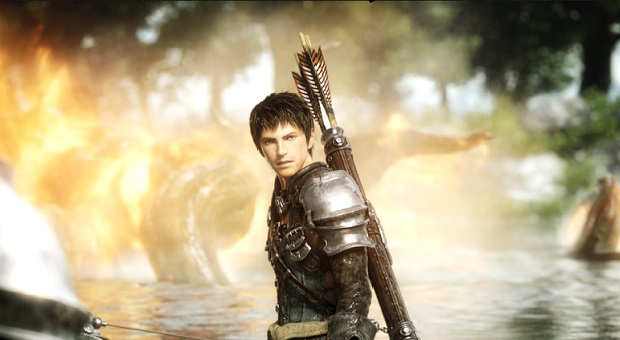 Yoshida favors a stable business over a quick buck

The free-to-play model has taken the game industry by storm, and with the ability to rack up easy money by charging consumers for “premium” content, it’s easy to assume this route is a no-brainer for companies that create MMOs. But Naoki Yoshida, producer on Final Fantasy XIV: A Realm Reborn, thinks there’s still a bit of life left in the subscription models of old, especially when it comes to the sprawling world of Eorzea and those who choose to explore it.

Rather than opt for a completely F2P system, Square Enix chose to approach Final Fantasy XIV: A Realm Reborn with a setup typical of many recent MMOs, allowing players to explore the game during their first month for free and instating normal subscription fees after the trial period. Speaking with GamesIndustry International, Yoshida explained that the one month of free play is beneficial in that players will enjoy their time in-game so much that they’ll be moved to pay for additional time within. He went on to elaborate on the decision as a strategic one, where subscription models end up yielding more stable ventures than that of the F2P landscape.

As a proponent of the more traditional pay-to-play system, Yoshida thinks his industry comrades may not be giving subs a chance to redeem themselves, blinded by the prospect of easy money generated by F2P quickies: “A lot of games look at the first two months of subscription numbers, think that’s not going to be a feasible business, and switch over to free-to-play. I don’t think it’s necessarily because free-to-play is a better form, though. It’s more about people making a rash decision to switch over and chase a quick buck.”

Of course, it doesn’t exactly come as a surprise that Yoshida should be a firm believer in the pay-to-play model, given the fact that FFXIV boasts over 1.8 million players with more than 500,000 active users. With upward growth and proof that these strategies are obviously going somewhere, I’d be singing the praises of subscriptions as well. It’ll be interesting to see if A Realm Reborn can maintain this momentum, and if other MMOs begin changing their stance as the months roll by.