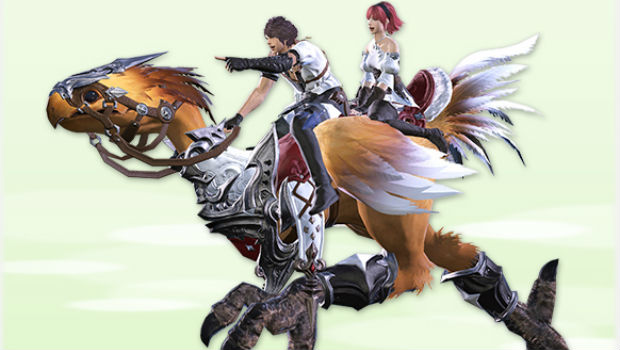 I know some hardcore players that will love these rewards

In addition to offering a 14-day free trial for Final Fantasy XIV, Square Enix has launched a new campaign aimed at bringing in newcomers. The concept is simple — you log into Mog Station, recruit a friend (link accounts, essentially), and you can earn rewards for your character.

The first item (for 30 days of subscription time) is a “Friendship Circlet,” which increases EXP earned by 20% when you’re below level 25. In other words, this is going to be a great item to have when veteran players level up their ninja in patch 2.4.

Another reward is the “Aetheryte Pendulum,” which can teleport you to a “New Adventurer” marked friend for free (as in, there’s no “gil” currency charge to port around). For a whopping 90-day subscription on your friend’s side, you can get a badass Draught Chocobo, which lets someone else ride along with you on it.

I know a few people who are already buying their friends subscriptions just to earn these items — I want that Chocobo!

If you’re interested in playing, check out this subreddit — hardcore players are offering up gametime and in-game rewards for linking up with them and earning them the recruiter bonuses. Just keep in mind that this is not an officially sanctioned thing, but as long as you don’t give out personal information, you should be fine. The onus is on the other player to give you a working subscription time code.