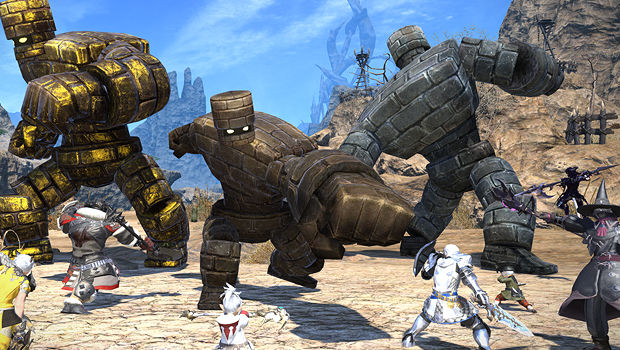 Square Enix has started the Dragon Quest X crossover event in Final Fantasy XIV, bringing over Golem enemies into the world of Eorzea. You can start the quest over in Ul’dah, which leads to a series of FATE battles for a unique helmet item and a Golem minion.

You can also pick up a nifty King Slime Crown without doing the quest. It’s a pretty neat (and short) questline that’s worth logging in for.