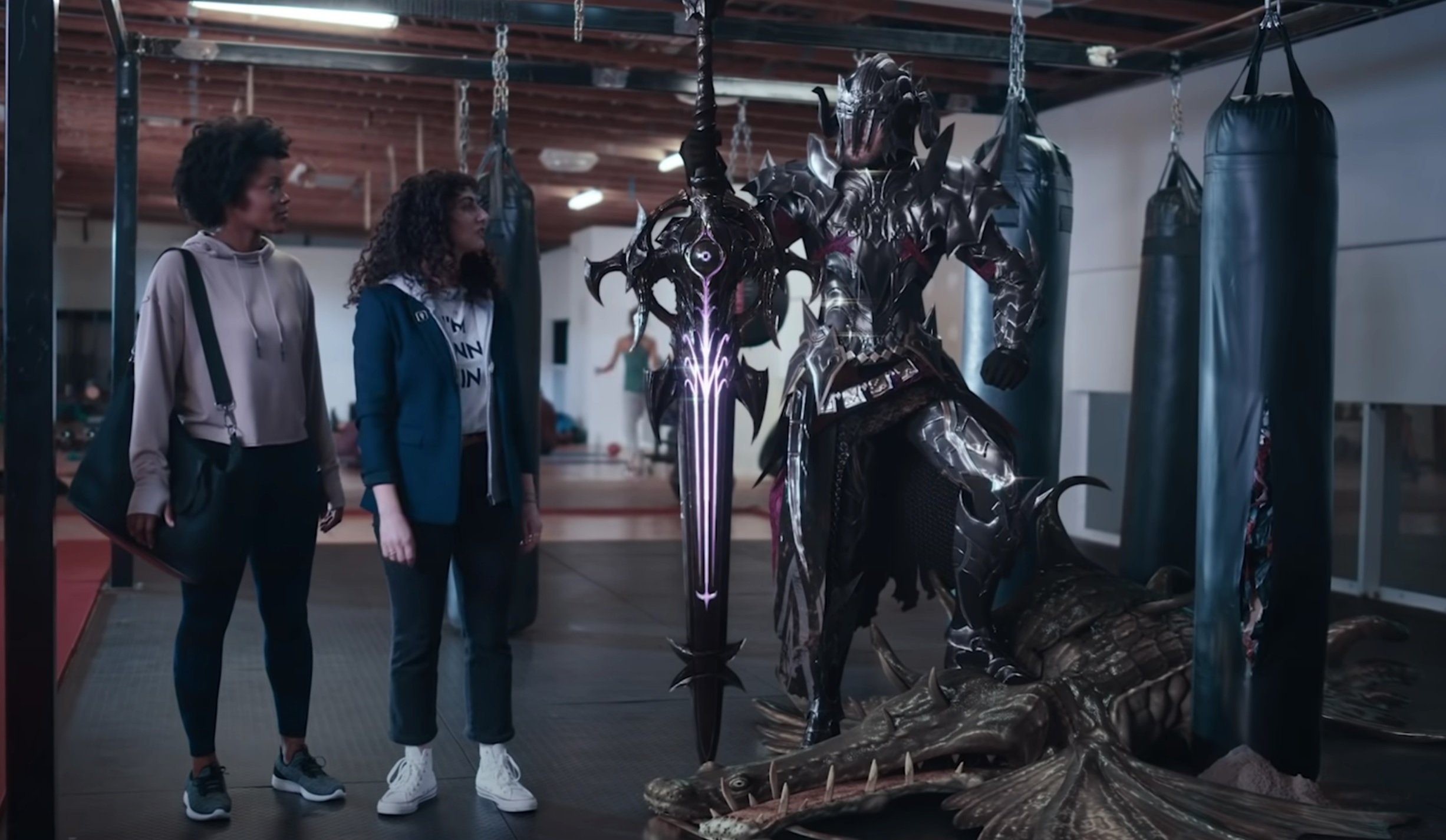 Square Enix is really branching out

Final Fantasy XIV: A Realm Reborn has been killing it for nearly eight years straight. The “Realm Reborn” bit of the moniker was a battle cry, as Square Enix truly allowed this game to be rebuilt from the ground up and live on for many years. It’s become a case study and a strategy for many games after it. If your game fails, you can potentially invest in the “Realm Reborn treatment.”

But XIV is at the point where it can really stretch its legs and enjoy that success. Which is why they’ve tried so many different things over the years, including interesting anime ad campaigns. But this new series is definitely aimed at a more western audience, as it hearkens back to those old World of Warcraft commercials that transposed the game into real-life situations.

This trio deals with three jobs: Dark Knight, Black Mage, and Dragoon. The gist is simple, as it tries to sell folks on Final Fantasy XIV using everyday situations like going to the gym, watching TV at home, or picking up a subscription box.

The writing is kind of stale, but they’re totally worth the minute or so just to see the elaborate real-life renditions of the in-game jobs. Or you can just admire them in the thumbnails below. The costumes are great!