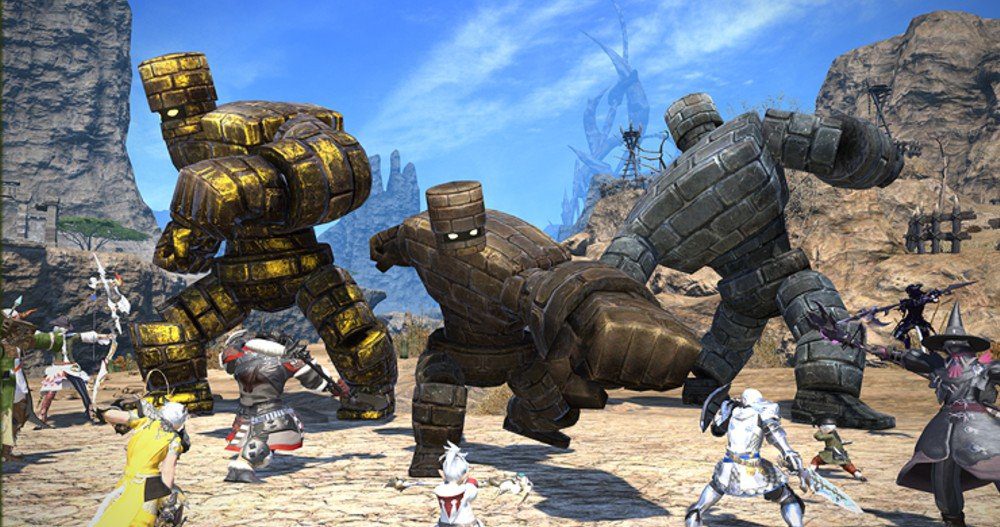 MMO worlds are no stranger to crossover events, but it feels like Final Fantasy XIV has been working on overdrive the past several years.

With Square Enix and producer “Yoshi P” greasing palms, the team has managed to snag IPs both within their realm of ownership and out of it. They’re also not opposed to bringing events back, and this time the Dragon Quest crossover is returning for a short period of time.

It’s live now and will run through July 27 at 7:59AM PT, and you can head over to Ul’dah – Steps of Nald (map coordinates X:12.1 Y:8.2) to grab some rewards while fighting golems out in the open world. It’s a very simple set of quests with a simple set of rewards, but it’s fun to see the crossover event scattered about the world nonetheless.

Although XIV is always running some sort of event: it’s smart of the team to bring back something beloved during the long wait for the next expansion. Right after it ends people will be gearing up for the August 11 launch of update 5.3: Reflections in Crystal.