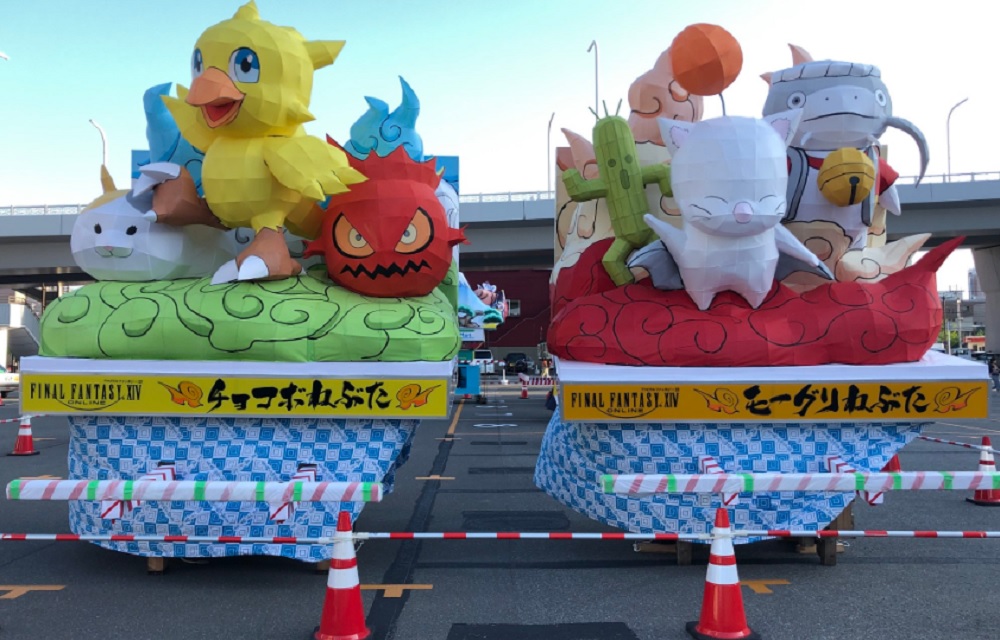 Every summer Aomori City (in the very northeastern tip of Japan) holds several festivals with parades, and video game-themed floats manage to sneak in.

This year Square Enix represented Final Fantasy XIV with an unmistakably Final Fantasy float, complete with a Bomb, Moogle, Cactuar, and Chocobo. While some of you might be saying “but this isn’t XIV, it’s more generic FF,” — the big giveaway of course is the Namazu (mythological catfish) minion which is straight-up from XIV. Oh, and there’s a banner with the logo on it under the float.

The amazingly kawaii float was spotted by various Twitter users yesterday during the festivities, which includes pictures of it lighting up at night. I’m sure most of us wish we could have been there.