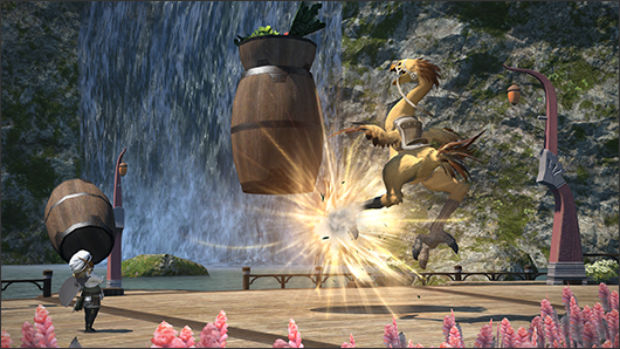 It all sounds really good

Final Fantasy XIV‘s patch 2.3 is set to drop next week, and with it, comes lots of changes as well as three new dungeons, a Ramuh hard and extreme boss fight, Chocobo raising, a Parley mini-game, tons of extra sidequests, personal player housing (in a guild house’s room), a new raid, 72-person PVP, monster hunts, and tweaks.

Actual jobs are pretty much staying the same balance-wise, other than a straight buff for Black Mages as promised for multiple abilities (with a slight nerf for manawall). There’s far too much to go over here, so if you’re currently playing the game go over to the Lodestone and read the patch notes at your leisure. Since the amount of content provided here is more than most retail games, I’ll be doing a full review as I play through the new patch.