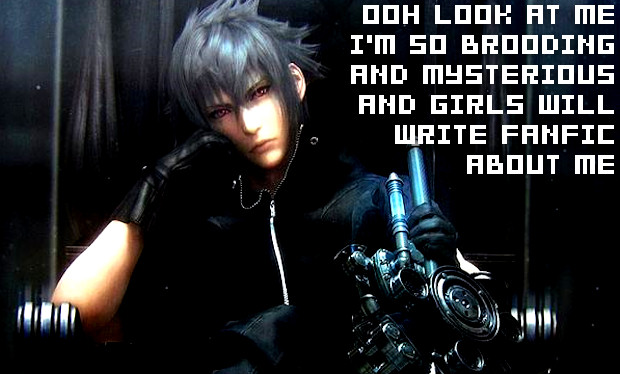 You know how Final Fantasy XIII has taken roughly eight billion years to make? Well, the good news is that Final Fantasy XIII Versus, one part of the Fabula Nova Crystallis Pretentious Namus series, won’t take quite so long to complete. Hopefully that means we’ll soon see more of the game than just that one emo guy sitting on a big chair and pouting.

Square Enix producer Yoshinori Kitase has stated that the FF XIII Versus development time is “considerably shorter” than Final Fantasy XIII itself. Hardly surprising, since Versus is more of a straight combat game and not an epic, 100-hour RPG, but it’s still good to know. A number of desperate PlayStation 3 fanboys have convinced themselves that Versus is the better game anyway, just because it’s exclusive, so those guys will be thrilled.

Kitase also adds that the “knowledge and experience” gained from working on Final Fantasy XIII will ensure that Versus gets made quicker. Of course, maybe XIII itself would take quicker to make if Square Enix wasn’t spreading resources so thin to make a whole ton of games at the same time, but there you go.