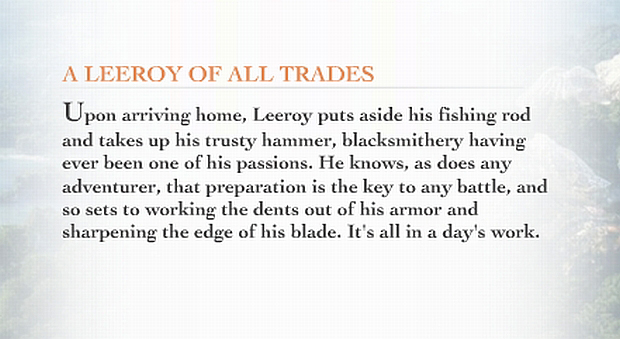 It seems that we were too mesmerized by Final Fantasy XIII‘s extra-chunky Chocobos to notice, but eagle eyes over at Gigazine spotted an interesting announcement lurking at the bottom of the same magazine’s preview.

Once deciphered, the moon runes revealed that first-run copies of Final Fantasy XIII would come with a so-called “Campaign Code” for Final Fantasy XIV, which is the next MMORPG installment in the franchise, announced way back at E3 for the PS3 and PC.

I’m definitely hoping that “Campaign Code” is an alternative name for “Beta Key,” because in my search for a header image for this post I officially became more excited for Final Fantasy XIV than for XIII. Why? That header image is from the official site, which follows “a day in the life of Leeroy,” as a method for explaining the game’s gear-based character system, and perhaps to reference a certain internet phenomenon.

Don’t you want to become a Leeroy of all trades, too?