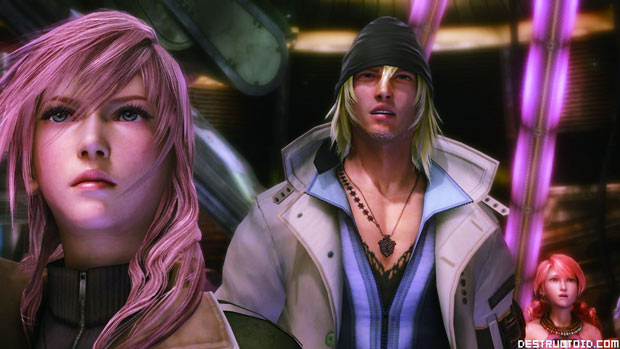 Here it is, folks. Ready? Final Fantasy XIII will be released in North America AND Europe on March 9th, 2010.

This comes a short three months after the Japanese release date, which is somewhat surprising. Additionally, Square Enix has announced its new “Lucky Number 13” campaign, in which new info on the game will be trickled out on the 13th of every month until the game’s launch, starting today.

So there you have it, March 9th. Has everyone breathed a collective sigh of relief? Is that soon enough for you? Let us know what you think.

[UPDATE: Check out the (ridiculous) new trailer for the game above, which also confirms the same date for Europe.

There’s also apparently a Twitter hashtag dealio happening right here, where you can unlock an exclusive Xbox Live FFXIII item of some sort when enough tweets have been generated.]