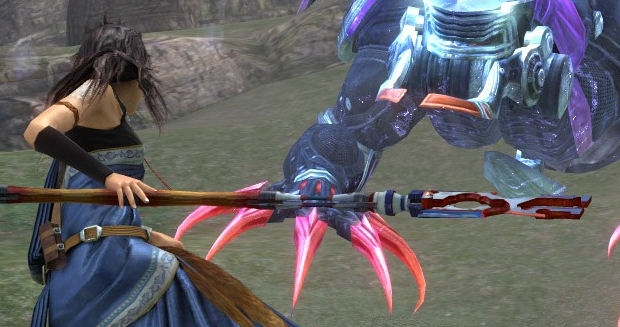 Final Fantasy XIII is due for release for next month, and the first reviews are starting to trickle in. Interestingly, these reviews seem rather undecided on the game, with some outlets loving it, and other outlets not too keen. The brains behind Square Enix’s big game, however, aren’t too concerned. They’re not even paying attention.

“We try not to listen to the critics too much. Most of the criticisms have come because the first half of the game is very linear,” says producer Yoshinori Kitase to Official Xbox Magazine. “But we’ve got a story to tell, and it’s important the player can engage with the characters and the world they inhabit before letting them loose”

Director Motomu Toriyama adds: “We think many reviewers are looking at Final Fantasy XIII from a western point of view. When you look at most Western RPGs, they just dump you in a big open world, and let you do whatever you like… [It] becomes very difficult to tell a compelling story when you’re given that much freedom.”

While I agree that reviews should never be taken to heart of focused on entirely, there’s something to be said for not just brushing their concerns under the carpet. I actually support linear games and I hope that XIII will be a great experience, but if there are consistent complaints, then maybe Square Enix would do well to examine it rather than just go, “Oh those round eyes don’t understand.”