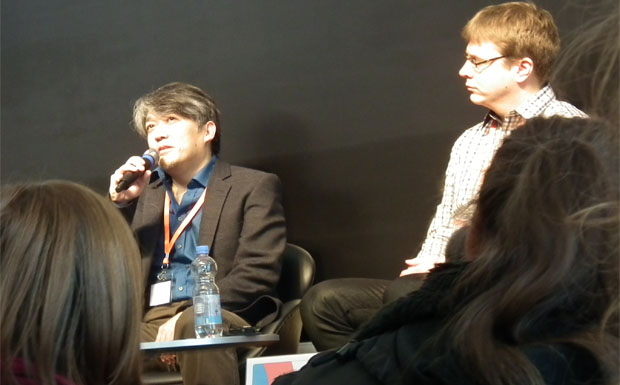 More concerts are ahead for Masashi Hamauzu

Masashi Hamauzu is not only one of the most popular videogame composers, he is also one of the most unique. His work on Final Fantasy XIII is regarded as one of the finest in the series, though I personally hold a soft spot for SaGa Frontier II, which desperately needs some live concert treatment.

Taking the stage at Soundtrack Cologne 9.0 last week to talk about his career thus far, Hamauzu spoke at length about the process of working on the Final Fantasy franchise and the importance of freedom in composition, as well as his preference for being part of the entire development process rather than simply handing in pieces of music on request. While not currently active on any game projects, Hamauzu stated that he is very eager to work on more concerts with videogame concert producer Thomas Böcker in the near future, the next being Final Symphony next May.

These days, Hamauzu is busy touring and recording with his band, IMERUAT (featured here). If you’re into his videogame soundtracks, IMERUAT will be right up your alley with a great organic fusion of live instruments and electronic elements.