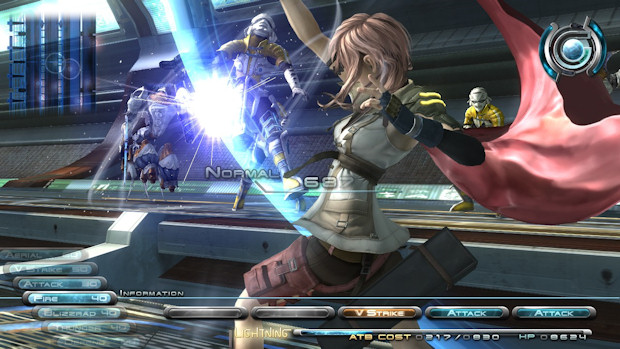 Just in case you didn’t know, Final Fantasy XIII is being played right now and fed live via the gift of the Internet to your very monitor. Simply head here where a heroic individual is streaming footage from the game. It’s in Moonspeak of course, but you should get plenty of visual stimulation, with emphasis on the stimulation. It looks very, very nice!

It’s also worth checking out for the fanboy nonsense going on in the chatroom next to the video. There’s some good stuff going on in there, so at least give that a read. If you decide to watch the footage, which also includes a trailer for Versus XIII, let us know what you think!

Remember, this footage comes from the bonus demo included with the Blu-ray version of Advent Children and isn’t available until the 16th. Not that that’s stopped us from embedding the footage, which you can view after the jump.

[Thank to Darkair for tipping us off]