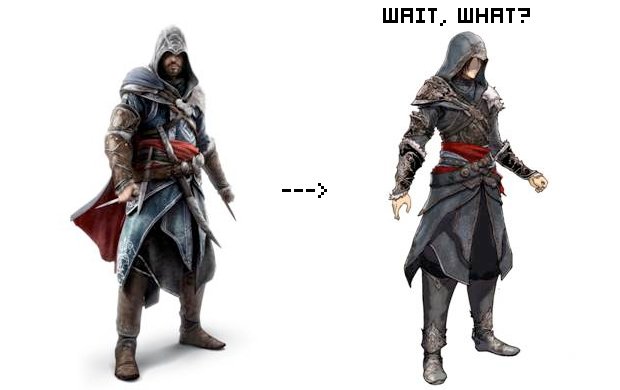 Here’s a strange cross-promotion for Square Enix and Ubisoft.

The costume worn by Assassin’s Creed Revelations main character Ezio Auditore will be available as an optional outfit for Final Fantasy XII-2‘s Noel Kreiss via DLC. Square Enix says that they’ll send along release details for this DLC at a later date.

What is going on here? Ubisoft lending a costume to Square Enix? How is Ezio’s getup going to even fit in the zipper and belty world of the later Final Fantasy games? I’d love to see it go the other way around. Maybe Ezio can cross dress in Serah’s miniskirt.