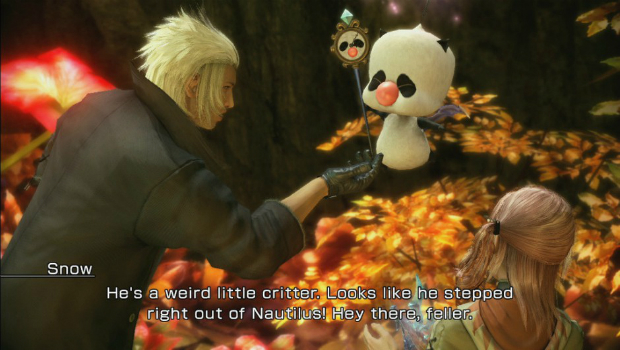 Well, it looks like the downloadable reign of terror is over, as the final two DLCs, Requiem of the Goddess (400 MSP) and Snow’s Story (320 MSP) launch today on the 360 (tomorrow on the PS3). You can also get a number of outfits for 240 MSP each — I felt dirty just typing that out.

For those of you who have been following the game’s 25 pieces of DLC, this nugget was taken from the official description for Requiem of the Goddess: “This episode includes important information relating to the overall storyline of FINAL FANTASY XIII-2 and players are therefore encouraged to complete the game prior to playing through this new content!”

So there you have it folks — just like Prince of Persia, if you really want to get the whole picture, you better buy this DLC. Or, you could wait for a potential Game of the Year edition.