Well, there’s always room to address criticisms of the original remaster release. Some of them, at least. 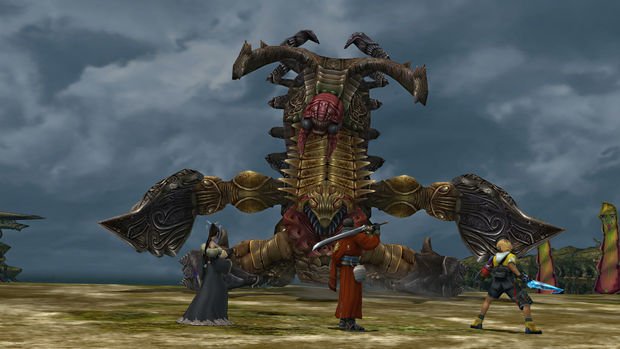 In terms of the entire package, the PS4 version is the exact same compilation as the original remaster release. The international versions of both base games, Eternal Calm, Last Mission, and the super weird audio drama are all here. Nothing in terms of gameplay content was added or removed. However, there appears to be an alteration or a major bug affecting FFX‘s random number generation.

People even more keen than myself on FFX have noticed the RNG system is completely broken in the PS4 version. Random encounters and events are supposed to be, well, random. However, this is no longer the case in this version. Encounters always occur when they are supposed to, they will always have the same enemies, and the battles will always play out exactly the same way. No matter how many times the game is reset, the occurrence and outcome of encounters or events that involve the RNG system are set in stone.

This has a drastic affect in key aspects of the game. Say you’re having trouble on a specific boss, and if you could just land that twenty-second hit it would change the tide of battle for you. Well, the bad news is on the PS4 version you’re always going to miss that twenty-second hit as it stands. Additionally, this changes ribbon farming, blitzball, and likely everything else that involves RNG. I couldn’t test every aspect of this, but I could easily predict down to the second when my first battle against two Chimera would occur during one of my saves in the Calm Lands. I could have tracked this up to as many subsequent “random” encounters as I wished. I checked the exact same save file on PS3, and encounters were always random. FFX-2 does not appear to have this problem.

A major complaint of the PS3 and Vita release was the new rearranged soundtrack. It seemed a lot of people simply outright hated its existence, whereas others would have at least preferred the choice to switch to the original soundtrack. Thankfully, players now have that option at any point during their playthrough. I actually really enjoyed the remaster soundtrack, but on my current playthrough it’s been nice to use the original. It sounds amazing. The Besaid Village theme in particular sounded the best even back in 2001. Unfortunately, the background music system also has a major bug in the PS4 release.

Background music on the PS2, PS3, and Vita versions continued playing where the track left off once a battle occurred, but now this is no longer the case. For a game like FFX that has a ton of random encounters, you will likely only ever hear the first ten or twenty seconds of a track unless you stop and listen to the music. It appears to have to do with how the soundtrack switching system was implemented, affecting both FFX and FFX-2. The soundtracks sound amazing, which makes this bug so unfortunate. Hopefully it can easily be fixed in a future patch.

Cross-Save was a great feature of the PS3 and Vita version, and it’s been extended here for the PS4 version. Once a particular game is fired up, all old saves that were stored in the cloud previously can be accessed just as quickly and easily as before. It took me less than a few minutes to install the game, start up Final Fantasy X, load a save from awhile back, and instantly pick up right where I had left off at that point. That’s pretty cool. 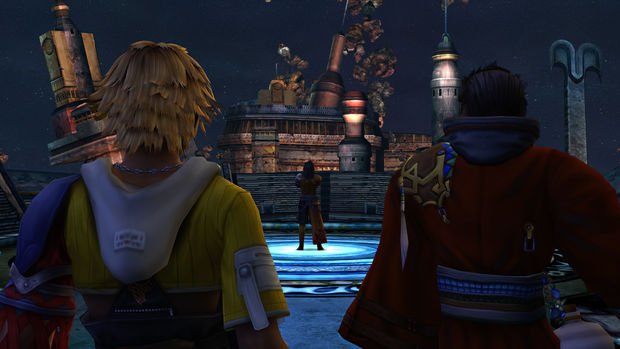 The PS4 version of the remaster has even more enhanced visuals, which is pretty amazing considering how incredible and smooth the game looked on PS3. To check this, I started a fresh playthrough on both consoles on the same television and played them alongside each other. The PS4 does have a slight graphical enhancement overall, but I really only noticed it because I was looking for it. There’s a sort of extra crispness to the PS4 version, and the occasional aliasing issues that were still on the PS3 version are gone here. It’s not a major overhaul, but the improvements are there.

Additionally, Square claims more NPCs and monsters received enhanced models. I didn’t notice any of these in my current playthrough (it’s really hard to just stumble upon these without knowing specifically which were enhanced), but seeing poor-looking character models in the same scenes with enhanced ones was a big complaint, so it’s nice to know this was addressed in some fashion.

However, some other major complaints were not addressed at all. Cutscenes, for whatever reason, are still not skippable and there’s no option to toggle between the old character models and the remastered ones. These types of things don’t detract from my experience, but they were definitely huge complaints upon release last year, and it’s unfortunate they weren’t taken care of here. Some of those cutscenes are really long, man. 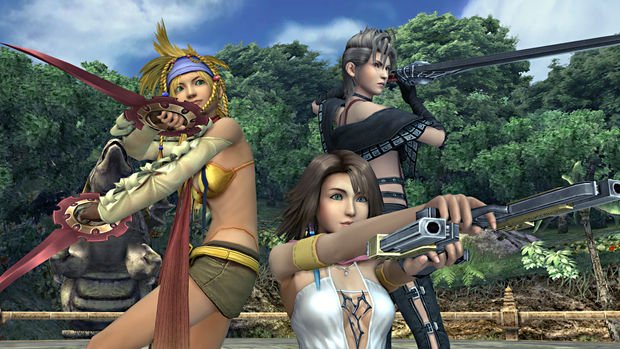 As is stands, the PlayStation 4 version of Final Fantasy X/X-2 HD Remaster is not the definitive version of the compilation. Even for super fans of Final Fantasy X, it’s hard to recommend a version of their favorite game that has broken RNG, a background music bug, and still no skippable cutscenes no matter how beautiful the game looks or how incredibly fast it loads now. With an MSRP of $50 it’s also a really hard sell to a brand-new player when the other two versions are currently so much cheaper, even more so if they already own one of those two versions (especially since they launched at $40).

The PS3 version does lack the original soundtrack, but other than that it offers the truest experience of Final Fantasy X and X-2. If you must have it on PS4 or that’s your only option, I’d honestly recommend waiting for the RNG and background music issues to hopefully be patched soon and the inevitable price drop. If those two major issues are ever fixed, the PlayStation 4 version of Final Fantasy X/X-2 HD Remaster would easily be the definitive package.