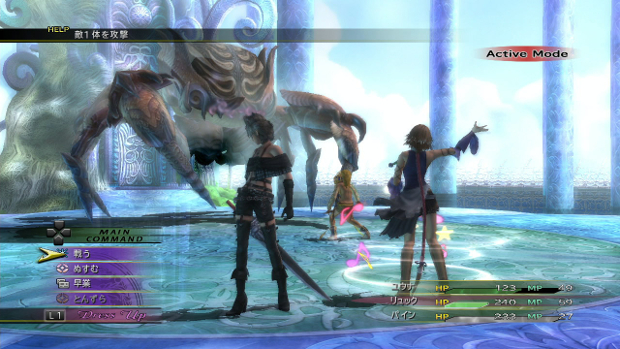 The perpetually not-here-yet Final Fantasy X and X-2 HD finally have a Japanese release date of December 26, along with a variety of buying options (bundled on PS3/Vita or separate on just the Vita). Meanwhile, we patiently wait.

We do know, according to Anime News Network, these remasters will include some content from the games’ International Editions that is likely new to most of us. Final Fantasy X: Eien no Nagi-setsu, or Eternal Calm, is a 14 minute video set between Final Fantasy X and X-2. It’s been remastered and will be included in the package. Last Mission, which includes two new dress spheres, an additional mission and the ability to capture monsters and characters from Final Fantasy X, will also be included.

The remasters will have some wholly new content, too, along with all the remastered music. The bundle is also still meant to come out in the US and Europe this year. We’ll see.