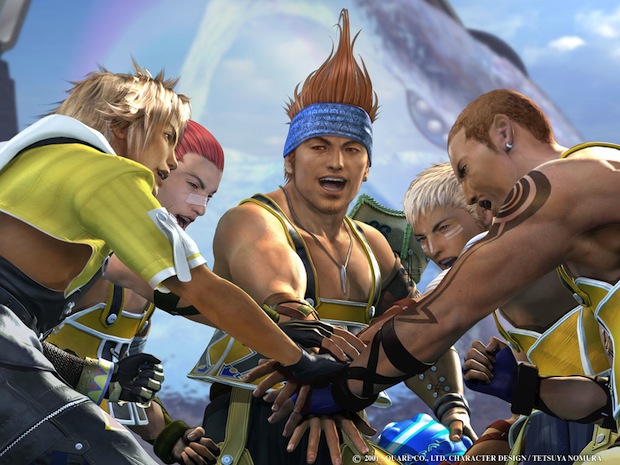 I hope you weren’t expecting anything extra with the return of Final Fantasy X, announced at last year’s Sony press conference at TGS. Square Enix’s Shinji Hashimoto answered some fan questions at the Taipei Game Show and made it clear there that the upcoming Vita and PS3 re-release of this game would be a “remaster.”

This means that we’ll probably get a cleaned up, maybe up-rezzed version of the PS2 RPG, and not a total reworking. Sorry, no online Blitzball for you. I’d bet that the only benefit you’ll get from this re-release is being able to see Nomura’s batsh*t crazy designs in a higher resolution. Great.

According to GNN, Hashimoto noted that “the screen is much prettier than the original,” whatever that means.

For me, a “remaster” absolutely fine, as this is one of my favorite Final Fantasy games. I just hope that it will be priced like a digital re-release.

Don’t call it a remake: Final Fantasy X is a ‘remaster,’ to be clear [Joystiq]