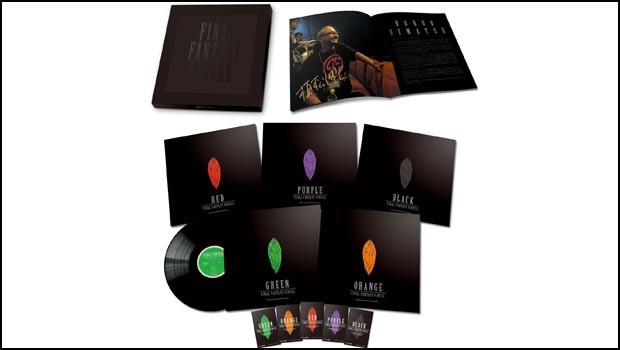 Should have been called Vinyl Fantasy…

We told you back in September that Final Fantasy Vinyls was coming. The commemorative limited edition set celebrates 25 years of Final Fantasy with 30 tracks spanning five records from the original Final Fantasy up through Final Fantasy X, all hand-selected by series composer Nobuo Uematsu and with analog remastering.

You can see the set on display in the above video, and I have to say that they’ve done a great job picking some of the best that the series has to offer. The only track I think is sorely missing is “Troian Beauty” from Final Fantasy IV, but at least “Fisherman’s Horizon” from Final Fantasy VIII made the cut.

While the set was available from CD Japan for about 115,000 Yen ($140), right after recording this video, it sold out. Hopefully they’ll get more in stock so series fans who like what they’re seeing can get a chance to own this.