So the “multi-part” concept came to light finally. The publisher notes that the game is now “two blu-ray discs worth of gameplay content.” The first is, as expected, Midgar, and has become a “standalone game in its own right.” That’s definitely what we’re getting in March of 2020: an expanded Midgar portion.

Combat was shown off, and players will have access to a “slow motion tactical mode,” as well as two ATB (active time battle) bars. Triggering an item or spell will use an ATB charge, Materia is shown on your weapons, and you can swap to different party members with the “press of a button” (and they do little quips when you switch! There’s a ton of quipping actually, Dragon Age style). You can also bind abilities to shortcuts instead of going for the more tactical approach. Options!

We got to see a a lot of gameplay, most notably a good portion of both tactical and action-based combat, as well as a chunk of the first boss fight with the Guard Scorpion. Tifa was vocally teased and she was fully shown later in the stream with action footage. So she’s not cut! 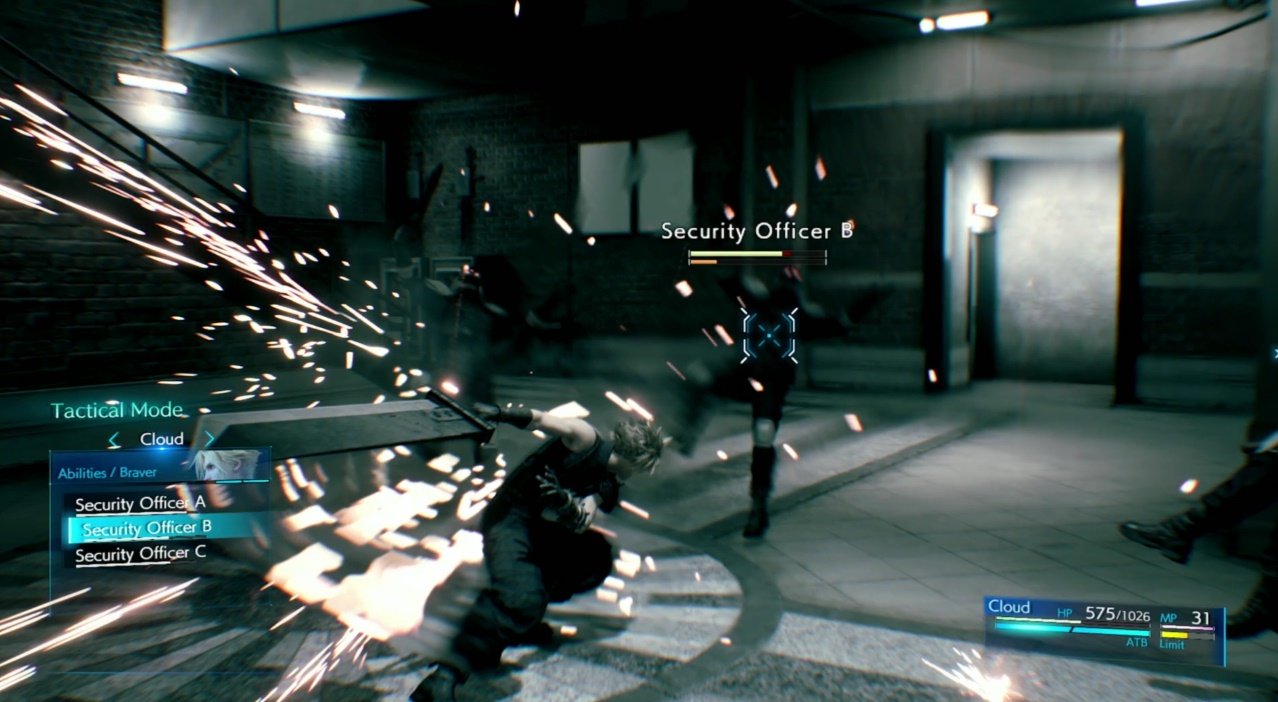