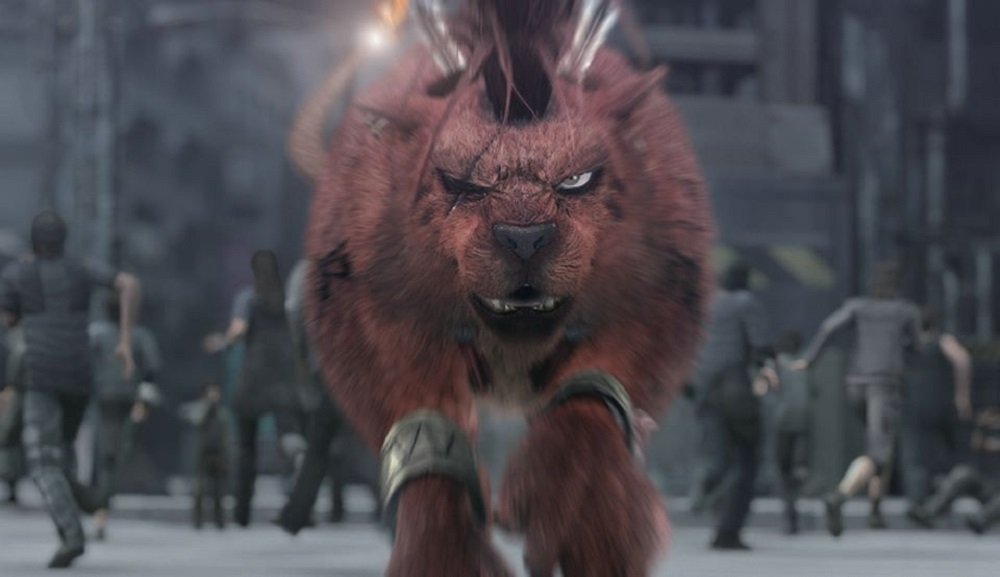 Some Final Fantasy VII fans were left a little disappointed when it was revealed that courageous beastie Red XIII would not be a playable party member in the upcoming Final Fantasy VII Remake. But it appears that “Nanaki” will still get his share of the spotlight after all, according to the remake’s co-director Naoki Hamaguchi.

“The development team feel the same way that the fans do when it comes to seeing Red XIII as an important character, and we designed his gameplay in a special way to offset him not being playable in battle,” said Hamaguchi in an interview posted on the Square Enix website. “I won’t reveal exactly what that entails, because I want people to enjoy it when they actually play the game, but I will say that Final Fantasy VII Remake has added a new upper floor to the Shinra Building to present a climax that was not in the original.”

“The key to navigating this floor lies in using Red XIII’s unique physical abilities to overcome environmental obstacles. Letting the player experience his heroics in this way is something that I’m confident will please the fans.”

Hamaguchi would go on to explain that endgame content – a staple of modern Final Fantasy adventures – will also be present in FFVII Remake, with all sorts of secrets to be discovered and hidden bosses to be fought. Though scant on details, Hamaguchi noted that the remake “has been designed as if it were a standalone game, and comparable in size to other mainline Final Fantasy games.”

Final Fantasy VII Remake launches on PS4 April 10. If you want to check out the action early, then a demo is available to download from the PlayStation Network.