It’s an optional item in Chapter 6

It allows you to link it to a materia slot with a magical element (fire/ice/air/lightning) and imbue your weapon with its power, increasing your damage and exploiting enemy weaknesses.

Here’s where to find it. 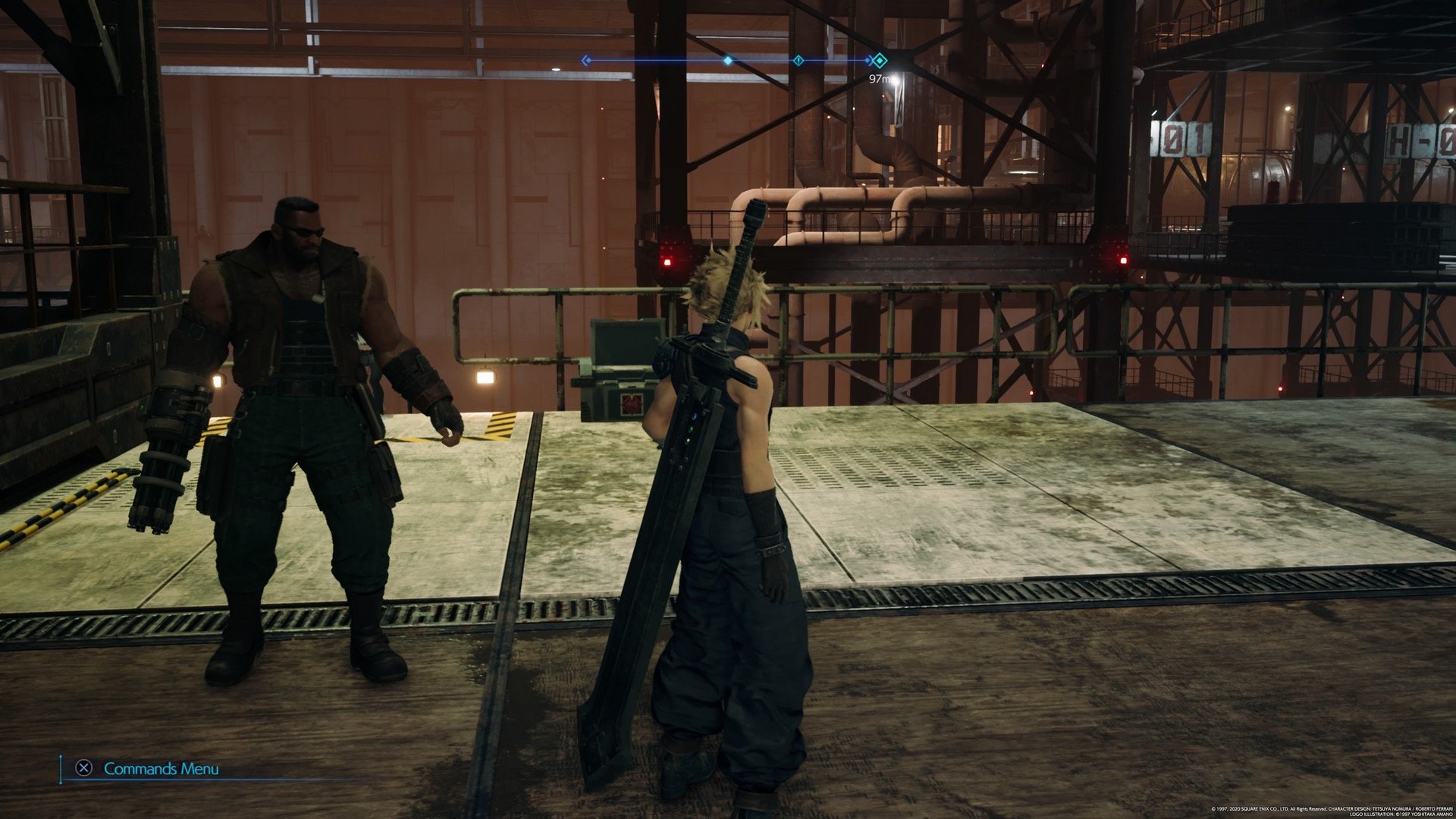 Progress through it until you reach a lift that requires three lamps to be powered down. After the second lamp, you’ll come across a location that has a lamp to the left, and a ladder to the right: you want to go right and down the ladder.

Barret will mention something like “oh, taking a detour, eh?” which is how you’ll know you’re on the right track. 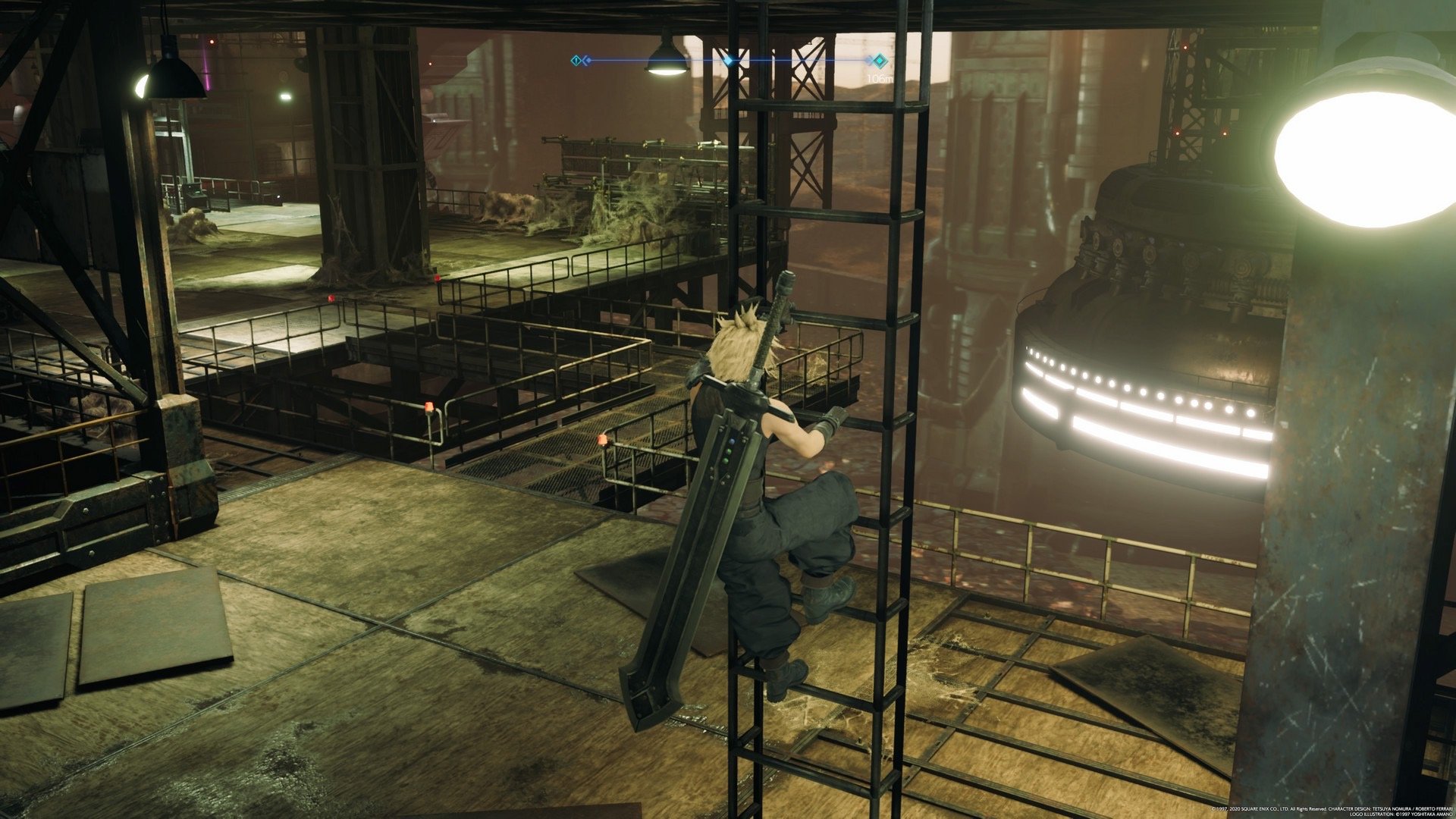 Down there you’ll fight two queen enemies. They’re not particularly rough, but their weakness is ice, so pick one and pelt it with ice magic and stagger-inducing abilities like focus shot or focus thrust until it’s staggered.

After that it’ll go down easy: rinse and repeat for the second queen. 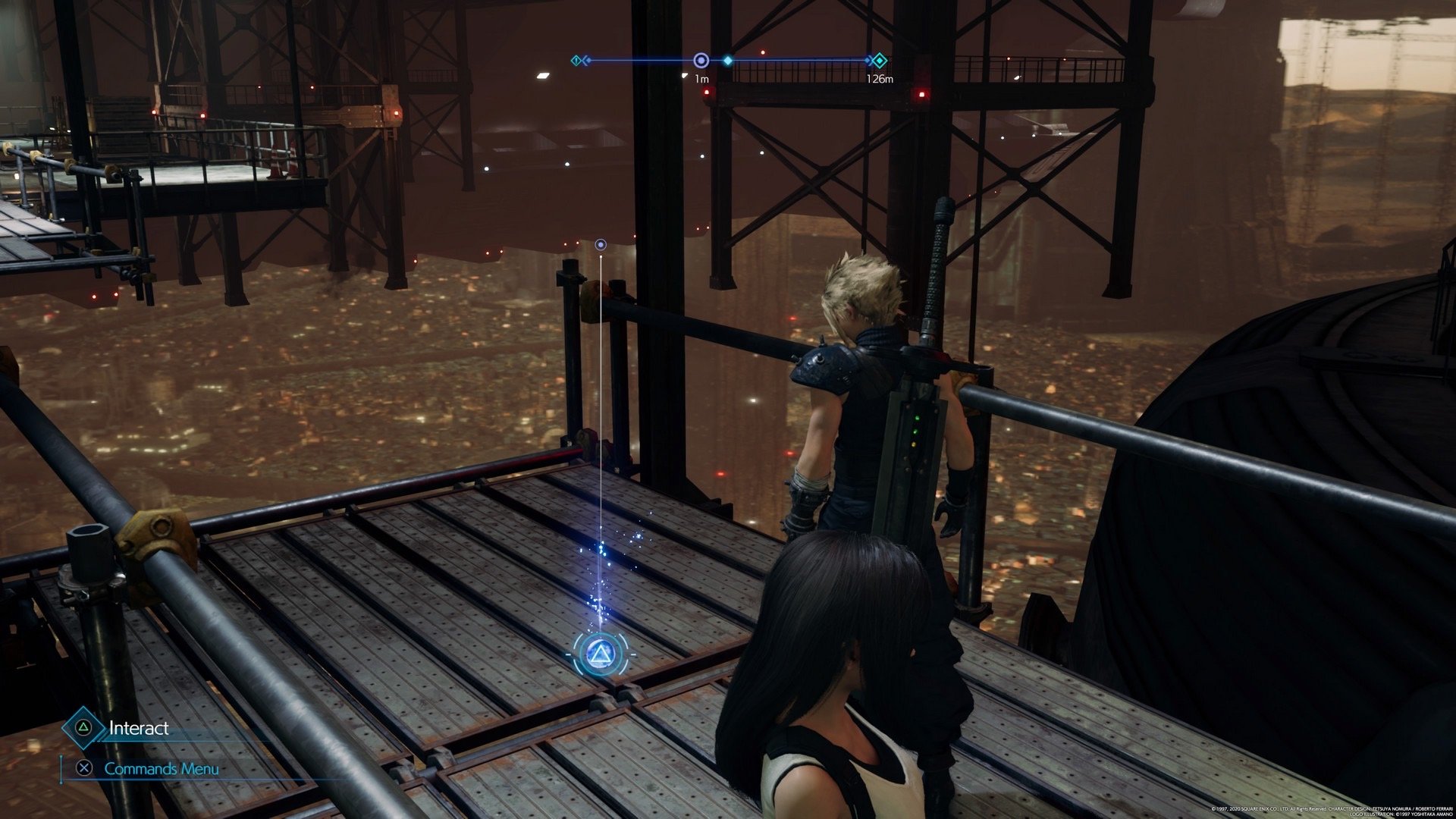 Stay down in that same area and use the nearby lever to lower the bridge: you’ll have access to the blinking blue elemental materia you saw earlier in the chapter. 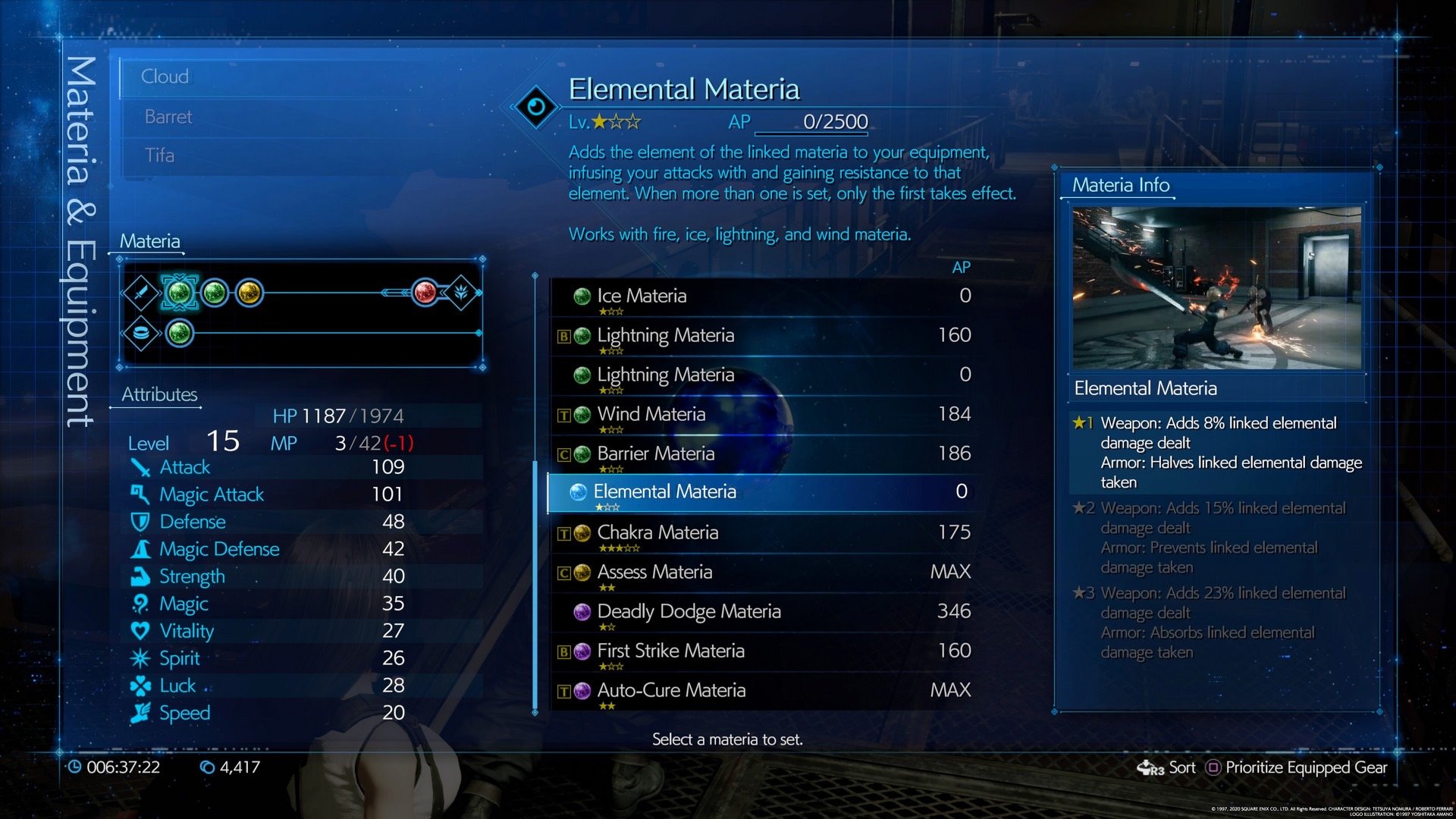 To really make use of the elemental materia, you’ll need a linked materia slot: which is shown by line joining the two together.

If you don’t have one, try to equip a different weapon or level-up your current weapon so that it acquires an “extra materia slot – linked” upgrade. After that, you’ll be able to wield elemental materia and do some real damage. To really take advantage of it, you can link elements that bosses chiefly wield during fights and absorb damage of the same element you have linked.

It’s pretty powerful stuff, serving as both an offensive and defensive tool. Fire and lightning are a few of the most common weaknesses (for humanoids and machines respectively), so start there.